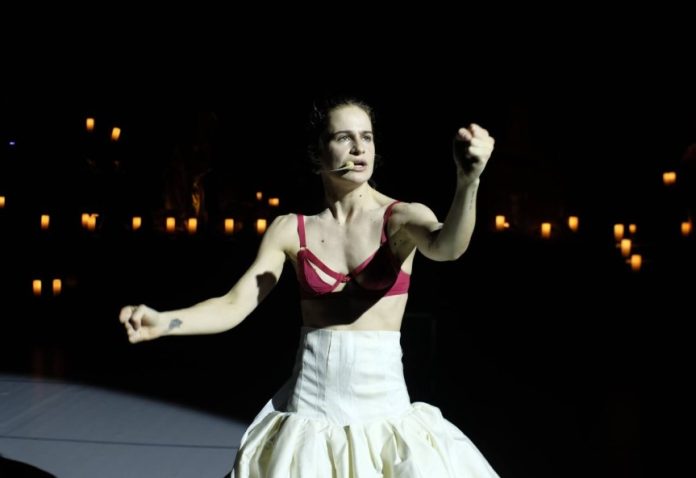 Christine and the Queens have been announced as the curators of the Meltdown 2023 festival.

The French singer, now known as Redcar, will gather artists who have played an important role in shaping his musical identity for the next annual festival, which will take place from Friday, June 9, to Sunday, June 18, 2023.

Speaking about the announcement, Chris said: “What an honor to be chosen by the fantastic teams of the Meltdown Festival as the curator this year! It’s hard to be a curator.

“From the point of view of art, my curatorship has been unstable lately. Visceral. Sometimes regressive, going back to the music I listened to when I was a teenager. Savior, music. One song to calm them all down. We expect art to still save us, but we put it in danger so much everywhere. I thought it should be sold and ring like jewels. To think that this should be the most memorable shit in less than ten seconds, when in fact the generation of emotion in some people takes years.”

He continued: “We want him to heal all this, but we deprive him of the true power, which is eternity, the abolition of human time. Now fast, fast, a lot and never about eternity. Because eternity is also death. This is the cycle of ashes and birth. Over and over again.

The artist said that he “will actually choose musicians who have some kind of painful quality,” adding that he wants “all of us to take a walk in these ten days, rejuvenated by artistic gestures. Discoveries”.

“The time that Meltdown takes is quite exquisite, the abundance also seems generous. We need it for ourselves, art in the city, art for the citizen, collective catharsis, a wonderful cleansing of the soul,” he continued. “I hope you enjoy this great edition, and once again, long live poetry that burns, and musicians who are crazy and brave enough to keep working — they form the emotions of the future. Let’s thank them all!”

Chris will become the youngest curator of the Meltdown Festival in its 27-year history, which Adem Holness, head of contemporary music at the Southbank Centre, called “an incredible testament to his international pop prowess.”

This evening (November 22), the artist will take the stage at the Southbank Center for a one-off special edition of “Christina and the Queens Present the Red Car”, the first issue in a series of new projects scheduled for 2023.

Reviewing the singer’s recent show in Paris, he described the beginning of a new era of Redcar in a five-star review as a “boundary-pushing performance” that brought a “deeply symbolic, trans-masculine odyssey” to Parisian Cirque d’Hiver.

Meanwhile, in his new album “Redcar les adorables étoiles”, the artist “solved fascinating questions about love and poetry.” He added that with Redcar, the artist adopted a different, much more abstract image — a “poetic and philosophical construction” that has undergone a number of evolutions.

New York City release of The Backfires track “Reflections On My...

Harry Styles revealed the gender of future children of fans at...