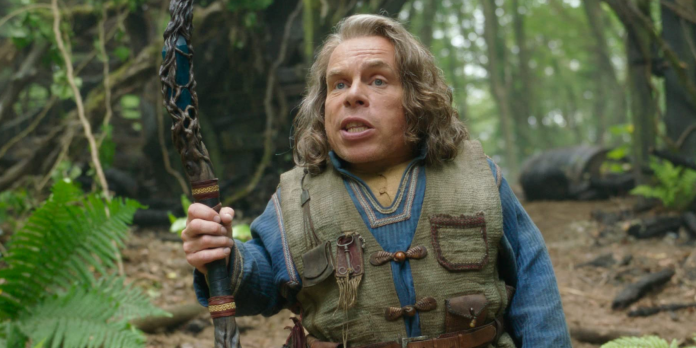 In the 1988 fantasy adventure film Willow, Warwick Davis starred as the eponymous Willow Wood and Val Kilmer as Madmartigan, and the kind Willow became involved in an epic quest to protect an orphaned girl he found. Shot by Ron Howard based on a story by George Lucas, the film has long been a favorite fantasy, and fans have always wanted there to be something else.

Now, 30 years later, the film is being continued in the form of a series from Disney+. In the series, Warwick Davis reprises his role, and Willow now serves as a mentor to a young hero named Keith, played by Ruby Cruz. Joan Walley also reprises her role as Sorcha from the original film. The D23 Expo has just announced a new cast of Christian Slater in an unnamed role.

The new series from Disney+ debuts in November, and at the D23 panel for the show, Warwick Davis unveiled the cast along with Christian Slater’s unexpected new announcement. SlashFilm reports that little is known about Slater’s character yet, except that he is an old friend of Madmartigan. The show will premiere on the streaming service on November 30, and along with new casting news and release date, a new full trailer has finally been unveiled. You can watch the trailer below.

An epic new trailer shows the beginning of a new adventure of the sorcerer Willow, when Kit and her friends hunt for him in search of help. The sprawling countryside and horseback riding are reminiscent of The Lord of the Rings, and the footage seems to retain the feel of the original, but with an updated look. There are trolls, strange creatures and frightening villains who ask Willow how he thinks he will defeat them. The sorcerer from Nelvin proclaims “the same thing as last time, with my friends.”

While the trailer doesn’t offer a look at Slater’s character, it does showcase the rest of the cast. Davis, Cruise, Wally and Slater were joined by Erin Kelliman (“The Falcon and the Winter Soldier”) and Tony Revolori (Flash Thompson in the Spider-Man trilogy). Up-and-comers like Snake star Ellie Bamber and Wheel of Time graduate Amer Chadha-Patel.

Jonathan Kasdan, the executive producer of the series, also stated that although Val Kilmer was unable to participate in the series due to his struggle with throat cancer and the Covid-19 pandemic, his character Madmartigan plays a big role in the overall show. The series will debut on Disney+ on November 30.

Black Friday Deals At Epic Games: The Most Outstanding Discounts In...

The jury in the Amber Heard and Johnny Depp defamation case...