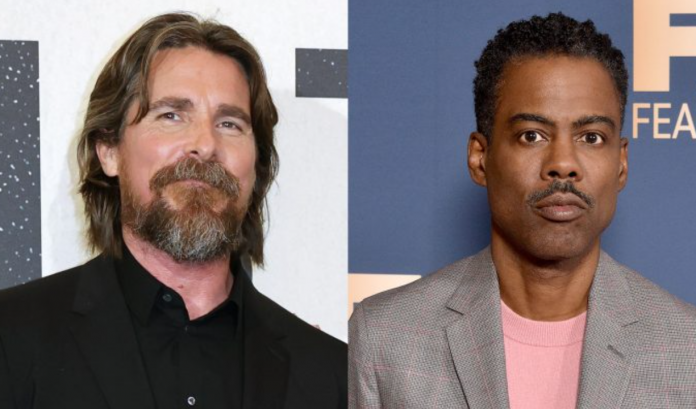 Christian Bale said he had to stop talking to Chris Rock on the set of Amsterdam because he was too “fucking funny.”

The “Dark Knight” actor said he had to start ignoring Rock after he started making him laugh on the set of a David O. Russell movie, and Bale found he “couldn’t act.”

“I remember his first day, I was excited to meet him, I’m a big fan of his stand—up,” Bale told IndieWire. “David [O. Russell] told him to tell me some stories that I didn’t know he would tell me, David works so often. And I liked it.”

Bale continued: “But Chris is so fucking funny, and I found I couldn’t act because I was just becoming a Christian by laughing at Chris Rock. So I had to go to him, I said, “Buddy, I like talking to you, and we have mutual friends, but I can’t anymore.” Because David didn’t ask me to make this movie just to watch me giggle. He wants me to be Bert, and I forget how to be Bert.”

See how Emma Stone and her husband react humorously to being...

Stormi surprises with her change of look and the Internet loves...