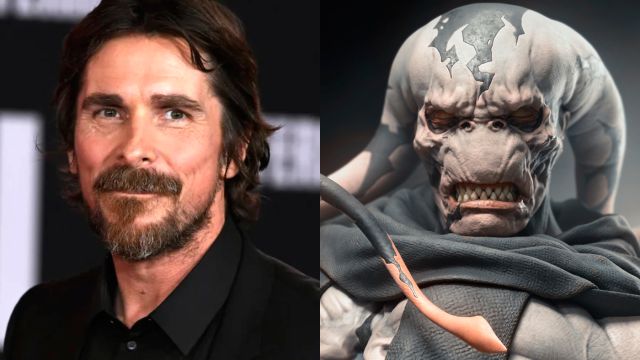 Christian Bale: The famous actor is photographed by Sydney sporting his fully shaved and thinner head, all to play Gorr, the butcher of gods.Christian Bale, the famous Hollywood actor remembered in the superhero genre for playing Christopher Nolan’s Batman and who is now filming Thor: Love and Thunder -the new installment of Thor as part of the MCU- in Australia, has been photographed in the last hours through the streets of Sydney looking quite different from what we are used to. So much so, that he wears his head completely shaved and with a little less weight, all to play Goor, the butcher of gods, a villain in the new Marvel film of the god of thunder.

Bale, an actor of method

And it is that Christian Bale, four times nominated for an Oscar and winner of a statuette for best actor for The Fighter, is known for being an actor of method, that is, for getting fully into his roles and even radically changing his physical appearance to it. And despite the fact that this time he has not changed his general appearance excessively -as he did for other films such as The Machinist or The Vice of Power-, we can see that he has lost some weight, betting on a new look more than evident.

Let us remember that Bale, by accepting the role of Gorr, made it a condition that he interpret the character himself instead of creating the villain through CGI with his voice and his movements; If we take into account the stink of Gorr in the comics, without hair and with a rather slender body, it seems that Bale would facilitate the makeup team as much as possible to prepare his character for his scenes.

Thor: Love and Thunder began its filming at the end of last January in Australia with a large cast of actors and actresses from the Marvel cinematographic universe, among which we find the Guardians of the Galaxy or Natalie Portman’s Jane Foster, whose character will transform into Mighty Thor. The film is scheduled to premiere on February 11, 2022.