Home Celebrity Chris Rock’s emotional stand-up shows after the incident with Will Smith at... 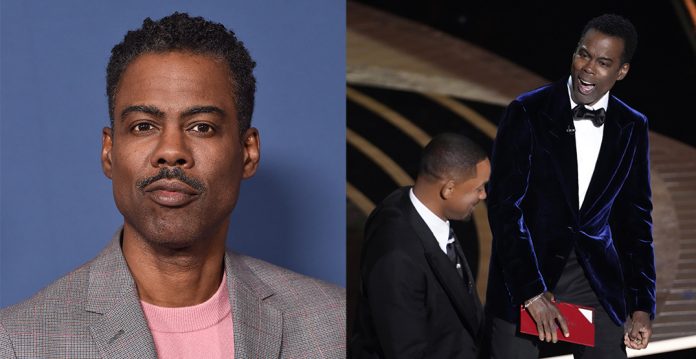 Emotions were running high during Chris Rock’s first stand-up shows since Will Smith punched him in the face during Sunday’s 94th Annual Academy Awards ceremony. On Wednesday, the 57-year-old comedian took to the stage at the Wilbur Theater in Boston, Massachusetts, for two shows that opened his Ego Death Live tour, and quickly spoke about the shocking incident at the Oscar ceremony.

ET learned that Chris arrived on a private jet in Boston on Tuesday afternoon and checked into the Ritz Carlton before heading to a dress rehearsal at that location.

A source told ET that Chris was “brooding” and Sunday’s events were on his mind, but he didn’t want them to distract from his performance. “He’s focused on his show right now,” the source said.

The source also told ET that before going on stage, Chris worked out in the gym of his hotel and went to the venue around 4 p.m. to prepare for the sold-out shows. The source added that Chris was relaxed and optimistic and was looking forward to the performance, but knew that he needed to deal with the incident at the Oscars.

At the first show at 19:00, an eyewitness told ET that Chris came on stage to loud applause, and the audience enthusiastically applauded him standing for about three minutes. An eyewitness says that fans were whistling, applauding and shouting that they loved him. And when the crowd looked like they were going to calm down and let Chris get started, they got back on their feet.

Chris, dressed all in white and with a pair of silver bracelets, was clearly overwhelmed with emotions and touched by such a warm response. He even noted that he was becoming “foggy.”

Jared Leto declares himself a fan of Belinda