Home Entertainment Chris Pratt reacts to the backlash over his birth announcement as James... 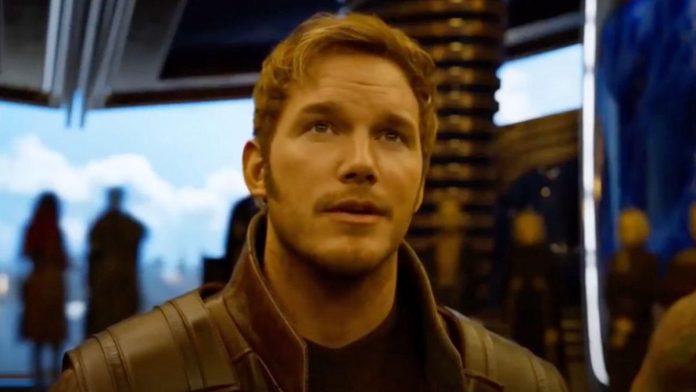 The “Best Chris/Worst Chris” rating debate is a meme that many people have participated in. While it feels like a fun internet game at times, there are some moments that aren’t so lighthearted. The star of the Marvel cinematic universe, Chris Pratt, saw the not-so-pleasant side of things, especially in the backlash to his announcement of the birth of one of his daughters.

Not only Chris Pratt doesn’t understand where this hatred comes from, but also James Gunn, director of the upcoming Marvel movie Guardians of the Galaxy. 3, also weighed in on why this online hatred of the actor infuriates him.

Promoting his upcoming Amazon Prime show The Terminal List, Chris Pratt took part in an interview that spanned the gamut of his pop culture career. In a conversation with Men’s Health, the actor reflected on what he thinks about all this, and his answer is modest, as one would expect:

You never want to get caught complaining or anything. “Because I have so many blessings. I really consider everything a blessing in my life.

Since Pratt has previously been called “The Worst Chris” for various reasons, it’s not surprising that he wonders why people think he deserves such treatment. One of the strongest flashpoints for this opinion arose after the announcement of the birth of daughter Laila in 2020, as Pratt’s social media post in which he loved his wife and their daughter was indirectly perceived as a hidden dig.

Thanking Catherine Schwarzenegger for a “healthy daughter,” some thought that Chris Pratt was casting a shadow on his ex-wife Anna Faris and their son Jack, who was born prematurely. This opinion has been circulating for some time, and Pratt further explained how this negative reaction affected him personally:

I said something like, “Find someone who will look at you the way my wife looks at me.” And then I gave her some shit and said, “But I love you. I am so grateful for my wife — she gave me a beautiful, healthy daughter.” And then a bunch of articles came out that said, “This is so ugly. I can’t believe Chris Pratt would thank her for a healthy daughter when his first child was born prematurely. This is such a mockery of his ex-wife.” And I’m like, “This is fucked up.” My son will read it someday. He’s nine. And it’s engraved on a digital stone. It bothered the hell out of me, man. I cried about it. I was like, I hate that these blessings in my life – for people close to me – are a real burden.

This is one of several comment fronts when it comes to Chris Pratt. Time and time again, MCU colleagues have defended Pratt, and no one has been more vocal than James Gunn himself.

James Gunn wasn’t shy about supporting his main character in Guardians of the Galaxy. Recently, fans called for Pratt to be removed from the post of Star Lord, to which the director responded in kind. Continuing to explain why he is so supportive of Chris Pratt, Gunn said the following:

It absolutely pisses me off. Chris is unspeakably kind to people; he tries his best to help children. He is a particularly loving father. And there are a lot of things that people have literally just made up about him — about his politics, about who he is, about what he thinks about other people, you know?

Since James Gunn’s own run-ins with Internet controversies led to him being temporarily removed from Guardians of the Galaxy. 3, the person knows the territory Chris Pratt travels pretty well. The support of James Gunn, as well as the support of other directors and stars who have personally worked with Pratt, is an effective counteraction to the negative feelings he has encountered.

How the online landscape will change for Chris Pratt remains to be seen, especially since this interview may affect this issue. In the meantime, you can see it in the “Terminal List” of Prime Video, which debuts on July 1. As for Guardians of the Galaxy Vol. 3, you can expect this movie to hit theaters on May 5, 2023. This means that Disney+ subscribers have plenty of time to learn about all the antics of the Star Lord through the MCU library.