Home Celebrity Chris Pratt has seen the first trailer of the Mario movie, and... 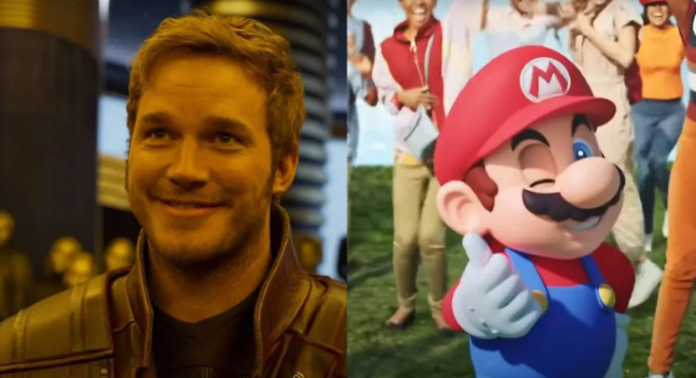 Nintendo’s Mario is one of the most popular characters in video game history, but like many video game characters, his path to the big screen has been less smooth. After the failed game adaptation of Super Mario Bros. Mario is trying to create an animated film again. Very soon we will see this movie for the first time, and Chris Pratt is certainly cheering us on.

Earlier it was announced that the teaser trailer for the movie Super Mario Bros. debuting this year at New York Comic Con, and Chris Pratt recently posted on Instagram that he really saw the final product, and he promises fans that they are aware. for something “very special”.

Chris Pratt definitely has reasons to excite fans with the new Super Mario Bros. movie, and he’ll have to support them when the trailer comes out. If fans aren’t impressed, as Pratt says, they may be disappointed with the trailer, and that’s not the reaction you want to get. Thus, it can be assumed that the actor at least believes that the fans will really like what they see.

The biggest X factor in the trailer is Chris Pratt himself. The announcement of his casting for Mario was something of a surprise, because Pratt was simply not the voice people thought of when they thought of Mario, who is traditionally portrayed as a plumber from Brooklyn of Italian descent. The small voice that Mario is given in modern video games is very stylized and cartoonish, but there is a distinct Italian accent in it, and it doesn’t sound like a voice that Pratt would be good at. However, Illumination assured us that Pratt’s performance is great.

Fans are likely to be very interested in the Super Mario Bros. trailer. at least because of the opportunity to hear Chris Pratt’s voice. Of course, we have to be prepared for the fact that we won’t actually hear it. Teaser trailers can sometimes be very short, and they often hide a lot of details, which is why they are called teasers. Illumination can very easily leave Mario’s voice behind the scenes simply because they know that people are interested in it and they may want to keep hyping it.

Maybe we’ll hear Chris Pratt’s Mario voice next weekend, and he’ll be incredible. Even if we don’t hear Mario’s voice, we’ll take a look at the movie itself for the first time, find out what a Super Mario Bros. movie will look like, and probably get an idea of what the overall tone will be. And perhaps we will all be amazed by the result. We will see a teaser trailer on October 6, and the movie Super Mario Bros. It will be released in theaters on April 7, 2023.

The Last of Us Part 2 chooses Games of the Year

BTS reveals who their celebrity crush are