Home Entertainment Chris Pratt Clarifies Views on God and Religion After Being Accused of... 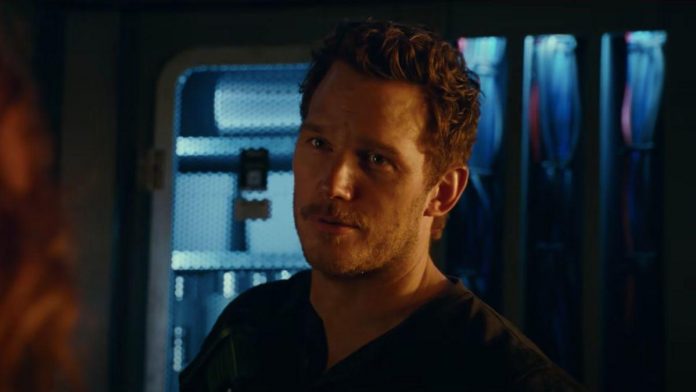 Chris Pratt’s online profile has often been overshadowed by negative reactions to hot button issues. Pratt’s announcement of the birth of his first daughter is one of the hot spots that Internet users have reacted to, but his alleged connection to the scandalous Hillsong megachurch has also persisted over the past few years. In a recent interview dedicated to the upcoming film “Thor: Love and Thunder”, the actor explained his views on both God and religion, as well as the truth about his alleged connection with Hillsong.

During the Men’s Health meeting, which also promoted the Amazon Prime series The Terminal List, Chris Pratt directly addressed the situation. Although he openly identifies himself as a believer, the actor classified his attitude to the organized practice of such beliefs as follows:

Religion has been oppressive for a long time, damn it. I didn’t know that I would become a face of religion, although I’m not really a religious person. I think there is a difference between being religious— adhering to man—made customs, often appropriating reverence for someone who I believe is a very real God – and using it to control people, take money from people, abuse children, steal land to justify hate. Whatever it is. The evil that is in the heart of every single person has perched on the back of religion and has come with it.

Two public appearances and Elliot Page’s tweet seem to have reinforced the view that Chris Pratt was a member of the Hillsong megacurve. And his speech at the 2018 MTV Movie and TV Awards, as well as his 2019 discussion of the Bible-based diet on “The Late Show with Stephen Colbert,” seem to have obscured Pratt’s real point.

This is not the first time Pratt has officially stated that he is not associated with the megachurch. Further in his interview, the statement is mentioned that “Guardians of the Galaxy. Star 3 was released around the time rumors started denying that he had ever attended. This is the kind of alleged scandal that caused Chris Pratt to be called “The Worst Chris”, and he was also defended by friends/co-workers like James Gunn and Mark Ruffalo.

In light of persistent rumors, Pratt doubled down on the claim that he had nothing to do with it. Having firmly stated this, Chris Pratt confirmed his position as follows:

The Internet also remembers the case of offensive tweets allegedly authored by Chris Pratt, who, as later reported, were not even the author of the MCU star. Similar stories inspired GOTG Vol. 3 director James Gunn and other loyal friends speak out in his defense. Citing stories about Pratt donating time to children’s hospitals, as well as his work ethic, his defenders see the accusations and their accompanying consequences as nothing more than upsetting and false blows.

Chris Pratt has made his position on the Hillsong megacurve clear. All the past, which must be proven beyond verification if someone continues the case beyond this moment. In the meantime, you can see Pratt as in the terminal list, which is available on Prime Video; as well as the latest Marvel movie released this weekend, “Thor: Love and Thunder.”