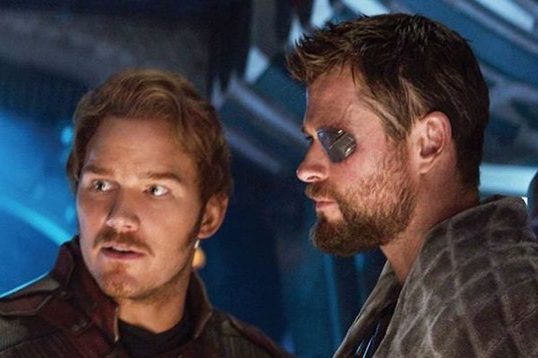 Chris Pratt and two more Guardians of the Galaxy actors came to Australia to participate in the new movie Thor: Love & Thunder.

The Thor: Love & Thunder movie will bring some big Marvel stars to Sydney, Australia, where production on the Thor: Ragnarok sequel is being filmed. Guardians of the Galaxy stars Chris Pratt, Dave Bautista and Karen Gillan have been spotted arriving in the UK via Daily Mail.

It should come as no surprise that these particular actors are all arriving at the same time, as the Guardians of the Galaxy featured in Thor: Love & Thunder are a crossover that Marvel fans have known about for some time.

Chris Pratt, Dave Bautista and Karen Gillan apparently arrived in Sydney on Friday, January 8, on a private jet. The three stars will now have to begin a mandatory 14-day quarantine within their hotel, as part of the COVID-19 prevention protocols.

Other actors who will participate in Thor: Love And Thunder

As we’ve reported in The Truth News, Chris Pratt has recently confirmed his casting for Thor: Love & Thunder, but Gillan was more of a rumored cameo, until now. The Guardians won’t be the only big Marvel names and characters involved with Thor: Love & Thunder: in addition to Natalie Portman’s Jane Foster turning into the Mighty Thor, Jaimie Alexander will return as Lady Sif; Tessa Thompson’s Valkyrie will also return; and Dark Knight Trilogy star Christian Bale has been confirmed as the villain Gor The God-Butcher.

Like many of the movies on Marvel Studio’s Phase 4 roster, Thor: Love & Thunder is quickly starting to look like a cosmic Marvel “Event Movie” rather than a sequel to a solo franchise.

Fans are now eager to see if how the mystical events of WandaVision’s multiverse, Doctor Strange in The Multiverse of Madness (even Spider-Man 3) have a great connection to the cosmic stories of Thor 4 and Guardians of the Galaxy 3.

RM reveals what will happen if BTS boys fight over a...