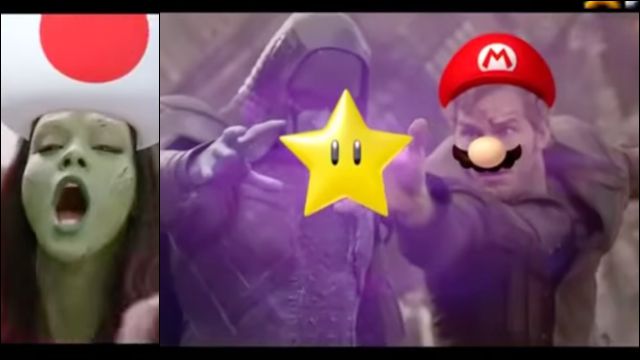 Chris Pratt: The American actor will lend his voice to Super Mario in the film made by Illumination. Its premiere is scheduled for next 2022. The announcement of the cast of the official Super Mario movie by Illumination (Gru, my favorite villain) was one of the great surprises of the Nintendo Direct this past September. With actors confirmed to lend their voices such as Chris Pratt as Super Mario, Anya Taylor-Joy as Peach or Charlie Day as Luigi, the also protagonist of Guardians of the Galaxy (Peter Quill) has now published a video parodying his role as plumber in this new movie date; scheduled for December 21, 2022 in the United States.

In the absence of knowing if Pratt will force some kind of Italian accent during the dubbing process of the film in its English version, the actor has published a video on his personal Instagram account – which is followed by 33.2 million people – in which they recreate a Mythical scene from Guardians of the Galaxy where, transformed into Super Mario, he throws himself straight at a star from the character’s universe. “Incredible first look at Super Mario Brothers. This is going to be epic, ”he says. As we see, in this dispute he confronts Ronan; we can also see Gamora as Toad.

In the dubbing of the Super Mario movie we will find very recognizable actors from the Hollywood universe. Starting with Charlie Day as Luigi, Anya Taylor-Joy as Princess Peach or Jack Black as Bowser, other must-have icons of the license will not miss your appointment. Fred Armisen will play Cranky Kong, Sebastian Maniscalco will play Spike, Keegan-Michael Key will play Toad, Kevin Michael Richardson will voice Kamek and Seth Rogen will play the ape Donkey Kong.

Chris Pratt, also on his Instagram account, was very excited about this opportunity in his professional career. In the absence of knowing the exact release date of the film in Europe, we only have the certainty that it will arrive “at the end of 2022”. Shigeru Miyamoto, father of practically all of these characters, is working closely with the studio, responsible for the Minions or Gru.