Home Entertainment Chris Hemsworth Wants Out of Thor Role Before Fans Tell Him To... 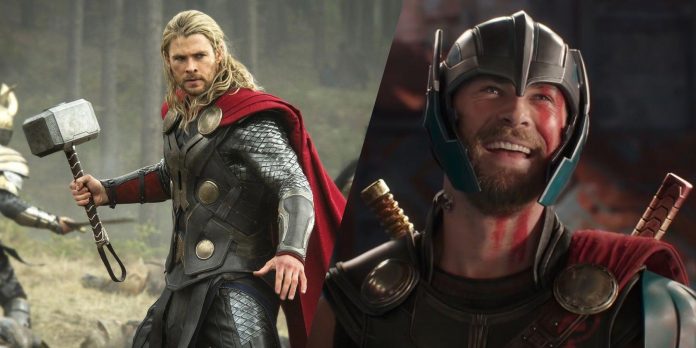 No matter how funny Marvel movies are, it’s hard to deny the possibility that things will become outdated if the same actors and characters stay in them for too long. 11 years after the original Thor, Chris Hemsworth is still strong as the titular God of Thunder. But how long will this novelty last?

According to the actor himself, this will last as long as he is ready to play this role. In a decisive move by George Costanza, leaving on a high note, Hemsworth recently revealed that he intends to eventually stop playing Thor, but only when the time comes. But contrary to the ambiguous meaning that some may understand from this statement, it seems that he has a pretty clear idea of what this case will look like.

RELATED TO: Thor: Love and Thunder – 7 Things about Gorr, the Butcher God that Only Marvel Comics Readers Know

In an interview with Total Film, Hemsworth spoke frankly about whether he thinks he can continue the role of Thor after the upcoming film “Thor: Love and Thunder”. “Every time an opportunity arises and presents itself, I’m just open to any creative exploration that can happen, thanks to different screenwriters, directors and so on,” he said of his time in this role. “But I love playing this character, I really do. It always boils down to the following: “Is this scenario different from the previous one? Are we repeating something?” And when it gets too familiar, I think that’s when I’ll have to say, “Yes, no, it’s not… I think I’m…” Then he thought about it and chuckled. “I’d like to get out before people tell me to get out.”

So while there doesn’t seem to be a specific plan for the character after “Thor: Love and Thunder” at the moment, the possibility of a character sequel is still on the table. Marvel Studios boss Kevin Feige also shared optimistic words about this. “I know this: there are many, many other Thor stories in the comics that we talk about a lot,” Feigi said. “And as we watch Chris Hemsworth continue to grow and develop as a major acting talent, I would be delighted to see him continue to develop this complex character.” Thor may not be sure about the future, but at least both Feigi and Hemsworth are open to the idea.

It’s easy to forget how much Hemsworth’s attitude towards the character has changed since Thor 2011. As the much more stoic (but often reckless) new owner of the mighty hammer Mjolnir, he often gave the impression of a rogue compared to the rest of the Avengers. But with his third solo film Taiki Waititi “Thor: Ragnarok” in 2017, the character began to turn into a much calmer and wittier version of himself, although without losing his sense of duty and royal upbringing.

It’s unclear how much more development Thor can go through after Waititi’s “Thor: Love and Thunder,” in which the mighty hero is still working on some of the issues from “Avengers: Finale.” That’s not to mention the exciting prospect of Natalie Portman possibly taking on the role of the new Mighty Thor in “Love and Thunder.” But depending on how things go, Hemsworth’s future in this role may be coming to an end.

Two Point Campus: how to speed up, pause and slow down...

Star Wars: The Book Of Boba Fett Dedicates A Poster To...