Home Movies Chris Hemsworth shared his thoughts on how long we will see him... 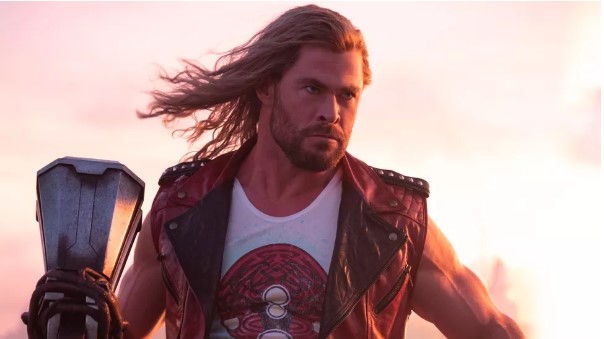 Is Thor’s time in the MCU winding down?

Although Chris Hemsworth began his film career playing George Kirk in 2009’s Star Trek, he achieved worldwide popularity when he landed the role of Thor in the Marvel cinematic universe. More than a decade after the premiere of the first Thor movie, Hemsworth appeared in nine Marvel films as the Thunder God, including a cameo role as Doctor Strange. Thor is also the only one of the Marvel heroes who has a solo series going beyond the trilogy, but now Hemsworth has shared his thoughts on how long we will see him in the role of this powerful superhero.

In addition to the movie “Thor: Love and Thunder”, in which the audience saw two scenes after the credits, at the very end there was the slogan “Thor will return”, which surprised both Chris Hemsworth and the director / co-writer / actor Korg. Taika Waititi. During a conversation with Vanity Fair, Hemsworth said that while he’s not sure what the future holds for Thor, he said he’s willing to continue playing the character “if there’s something unique, fresh and unexpected that can be done with the character and the world.” When the publication told how Robert Downey Jr.’s Iron Man and Chris Evans’ Captain America got the conclusions, Hemsworth said this about whether he hoped Thor would make a conclusion.:

Yes, of course. I feel like we’ll probably have to close the book if I ever do it again, you know what I mean? I feel like it probably guarantees that. I feel like this is probably going to be the finale, but it’s not based on anything anyone has told me, or on any plans. You have this birth of a hero, the journey of a hero, then the death of a hero, and I do not know — am I at this stage? Who knows?

Sticking to the role of a superhero for 11 years is a great achievement, but it looks like Chris Hemsworth is ready to end this chapter of his professional career. That doesn’t mean we’re necessarily going to see Thor again in the MCU, and as Hemsworth pointed out, that thought isn’t based on anything he’s heard from people at Marvel Studios. However, fans of this incarnation of the character should start preparing for the fact that, like Tony Stark and Steve Rogers before him, Thor’s time in the MCU is coming to an end.

In the finale of the movie “Thor: Love and Thunder”, the main character became the father of the daughter of the Butcher God Gorr, Love, who was resurrected by her dying father when he found the altar of Eternity. It would be nice to see more of Thor nurturing Love, but it doesn’t have to be done in another Thor movie. After all, Thor was an integral character in all the Avengers films, and in a few years we will have “Kang Dynasty” and “Secret Wars”. Yes, technically it counts as two more appearances, but if Hemsworth and Marvel Studios agree, the next Avengers movies could give us more Thor and Love together, as well as give a last hurrah to the God of Thunder. I would even welcome these films about Tom Hiddleston’s latest Thor and Loki reunion.

To be clear, the decision on where we are with Chris Hemsworth’s Thor in the MCU has not yet been made, but as soon as it is officially announced, we will let you know. In the meantime, feel free to watch Marvel movies in order, including Thor’s appearances, with a Disney+ subscription.