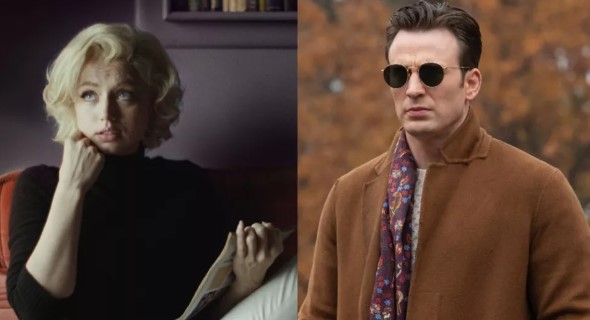 Ana de Armas and Chris Evans have starred in several films together and continue to work together. Both were part of the iconic cast of “Get Knives,” and recently were the two lead actors in “The Gray Man.” Since the actors often work together, it makes sense that de Armas showed Evans her performance in “Blonde” a little earlier. The Captain America actor is very excited about playing his colleagues in the upcoming biopic about Marilyn Monroe.

Critics praised the Blonde and the actress’ performance in the role of Monroe, although they are ambiguous, Evans praised his girlfriend’s performance and, in particular, her commitment to this role. He explained to Variety:

I think it was one of the first opportunities she had to really dive into something incredibly challenging. I didn’t see a bit of fear; I saw excitement.

Earlier in the profile, de Armas explained that since “Blonde” was filmed in 2019, and she had to wait three years for her release, she had to show it to people. So, while working on “Grey Man”, she had screenings for her friends and the crew of “Blonde”. Evans saw her audition for the role and said:

I remember looking at [her camera test] and saying, “OK, this is Marilyn… where’s your picture?” It’s you? Fucking mother! You’ll get an Oscar for this!

Meanwhile, when de Armas first saw her transform into an icon of Old Hollywood, she was excited and proud of her performance.

This film will be one of the first times when de Armas plays the main role, and not part of the ensemble. Despite the fact that she has starred in such large-scale films as “Get Knives”, “It’s Not Time to Die” and “Grey Man”, she is always part of a larger ensemble. As Evans said, it will be interesting to hear what people are saying about what I think could be her breakthrough performance.

While we’ll probably be hearing a lot about “Blonde,” especially ahead of awards season, de Armas is still hard at work on other projects, and he’ll have another Evans movie coming up soon.

Chris Evans recently released a new look at his film Ghosted, which will be the dynamic duo’s third film together. Their posts from the filming of this movie make it clear that they are really good friends. From the way de Armas celebrates his birthday on set, to the way Evans posts holiday emojis in de Armas’ post when they’ve completed filming, it’s clear they enjoy working together.

To see them working together and constantly supporting each other is so sweet. I can’t wait to see them together again in “Ghost” in 2023. However, I’m glad to know if I’ll agree with Evans when “Blonde” comes out on September 8th. While we are waiting for the release of both of these films. , you can watch or (review) their flawless performances in “Get Knives” or watch “The Grey Man” with a Netflix subscription.

Aya Nakamura mocked by a user for writing her album!