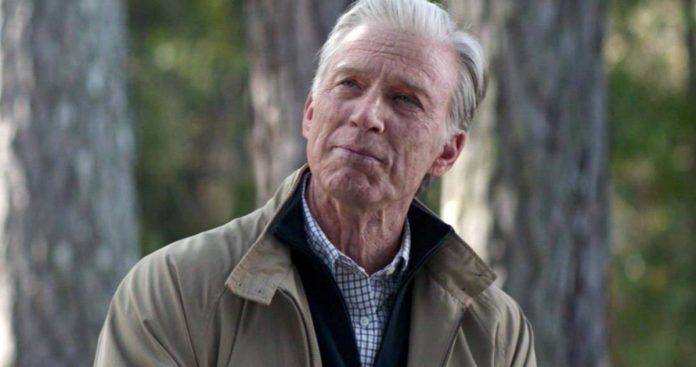 The elderly Captain America seen at the end of Avengers Endgame could have been a lot different.

While some still hope to see Chris Evans again as Captain America in the MCU, the actor seems to have indeed said goodbye to his most iconic character, even though a recent rumor has cast some doubt among fans. One of his last scenes in Avengers Endgame sees the former soldier, with a few more years on the clock, offering his shield to Sam Wilson and giving him the heavy task of continuing his mission. Chris Evans therefore went through the makeup box to take a little age and thus embody this other version of his character. However, it was not originally intended that he would also play Steve Rogers in this scene. This is indeed what Anthony Mackie revealed during an interview with Sirius XM.

“The funny thing is they wanted to hire an old guy to play Chris Evans. They brought in three actors. They said none of them was what Chris would look like when he was old. He’s like. George Clooney. He’s still going to be good looking when he’s 95. So they brought in a makeup and prosthetics crew and turned him into an old man. And Chris is such a good actor that it worked, he changed his voice and the rest. ” A last minute change that ultimately turned out to be a good idea. As we said a little above, it is also during this sequence that Steve Rogers officially charges Sam Wilson to reprise his role. However, this decision will not be exactly respected. The identity of Captain America’s successor will indeed be at the heart of the plot of The Falcon and the Winter Soldier, in which Bucky and Sam team up.

What made Annalize heartbreak for Jamie Fraser