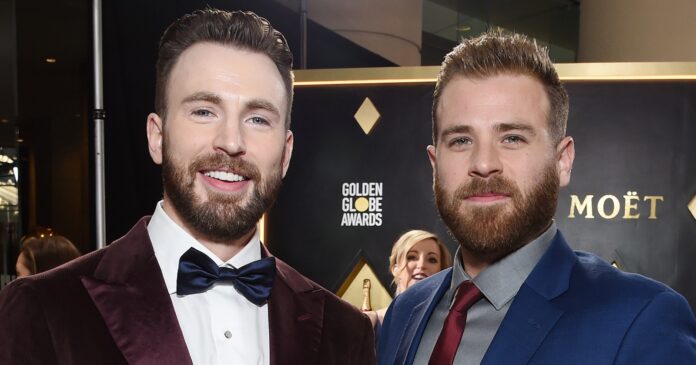 Chris Evans (Avengers Endgame) and his brother Scott have embarked on a totally hilarious challenge on the Web!

A few days ago, we discovered what Chris Evans (Captain America) really thought about his status as a sex symbol. Since the actor lends his features to the character of Captain America, his career and notoriety have taken off considerably. Today, the 39-year-old is followed by more than 7.8 million followers on Instagram. And besides, his followers got to witness a new and hilarious challenge that Chris Evans and his little brother, Scott Evans, 37, have embarked on. The two actors decided to trap each other by filming each other, unexpectedly. The aim of the game ? To scare his brother as much as possible.

Chris Evans once said: "My brother and I clearly have the same affliction. We absolutely love scaring people." 🤣

🤣🤣 I knew it!! The scare competition is in full flow!! 🤭@ChrisEvans..the hiding position seems lucky for you!! 🤣 You're up @thescottevans !! pic.twitter.com/xP6zv93iSM

A while back Chris Evans was saying, “My brother and I have the same pain. We absolutely love to scare people.” And this is clearly the case! In turn, Scott and Chris Evans filmed themselves, hidden behind a door or in the hallway, with the aim of startling the other. Internet users have shared a few compilations of the two brothers’ Instagram stories on the Internet, and the result is totally hilarious! Their whole family even seems to have been trapped by the two actors. This is enough to make a multitude of followers laugh. Still on the subject of Chris Evans (Avengers Endgame), check out the crazy rumor that he was rejected by Selena Gomez because of Justin Bieber.