Home Celebrity Chozen Toguchi became the actor during the shooting 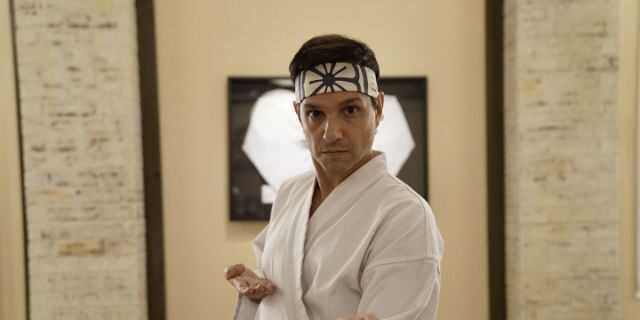 The Netflix streaming platform is scheduled to premiere the third season of Cobra kai on January 8, 2021, and fans are counting the days.

Recall that season 3 of Cobra Kai has been filmed since the end of 2019. For months, there has been speculation about which characters from Daniel LaRusso’s past would be present in the new installment.

With the promotional trailer for the new episodes, fans confirmed that Kumiko (Tamlyn Tomita) and Chozen Toguchi, played by Yuji Okumoto, are the characters from the Karate Kid 2 movie, who will be reunited with Daniel in Cobra Kai season 3.

Recall that both characters will appear during Daniel LaRusso’s (Ralph Macchio) trip to Okinawa, Japan, so special appearances by Kumiko and Chozen will be crucial in the third installment.

In this regard, actor Yuji Okumoto, who played Chozen Toguchi in Karate Kid 2, held an interview with Entertainment Weekly magazine about his appearance in Cobra Kai and revealed that he almost had to go to the hospital after sustaining an injury during filming. of the scenes in season 3 of Cobra Kai.

It turns out that Okumoto’s injury occurred during a fight scene with Ralph Macchio while filming in Okinawa, Japan. This is what the actor said to the medium, about his return to Cobra kai and the incident during filming:

“When I saw the show, I think it could have been the first episode, when William Zabka, Johnny’s character, was fighting teenagers outside the convenience store and it was a bit of a stretch. I thought it was hysterical because it would happen in a fight, sometimes, When you’re older, it doesn’t matter. ”

“And sure, in my last fight on the Cobra Kai set, I kicked him and ended up exaggerating. My first thought was: “Really?”

“Macchio and the producers came over to see if he was okay and I said yes, and basically a one-legged fighter. You’re going to have to kick me out of this set and scream before going to the ER. I’ll stay, finish this last fight scene. ”

“I think it was in September 2019 that I got a call from my agent about the project and his interest in me working next season.”

“I’ve always hoped the writers and producers would bring Chozen back to the world of Cobra Kai.”

Kojima, Creator of Death Stranding: I Want to Develop Anime and...