Home Entertainment “Chop Goblins” Is a Bite—Sized First-Person Shooter From The Creator of “Dusk”. 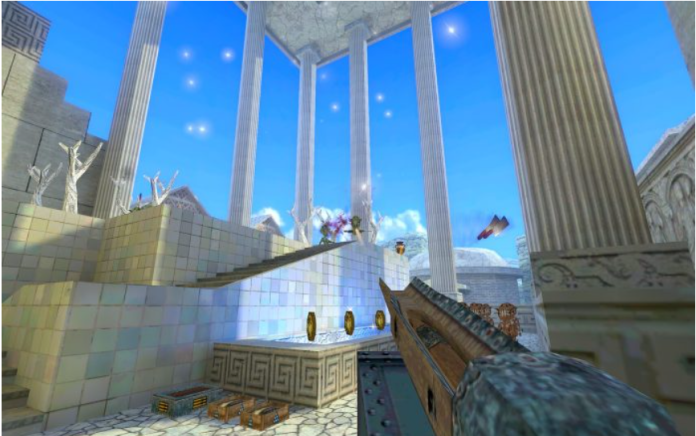 Szymanski announced his latest game via Twitter, where he explained that Chop Goblins, inspired by the Gremlins movie, is designed to be played in one sitting with a projected game time of about half an hour.

“Chop Goblins is a “microshooter”: a first—person shooter designed to be played in one sitting, without compromising depth, variety or creativity in gameplay and level design,” the game’s Steam page says. “This is a game that can be played for less than an hour or replayed for many hours.”

The game, available on the Steam wish list, is scheduled to be released on January 2, 2023.

There is no gameplay trailer yet, but judging by the screenshots, the game follows the retro aesthetic of his previous work at Dusk and equips players with old weapons such as a flintlock pistol.

I'd like to introduce you all to my new game…

A bite-sized time-hopping FPS inspired by films like Gremlins, intended to be a fun experience that can be completed in a single sitting.

In the game, the player pursues titled goblins through time, fighting them in Ancient Greece, 19th century Transylvania or in the “near future”.

Designed to distract players from “work, boredom or working in other games,” Chop Goblins promises a short but intense campaign described as “a complete thriller and nothing filler,” offering five unique weapons across five levels. The game is also designed to encourage repeat play by offering leaderboards, secrets and achievements.

According to Szymanski, it was originally planned to release the game as a surprise next year. However, given the uncertainty surrounding Twitter’s future following its acquisition by Elon Musk, he found it “prudent to just post the announcement.”

In other parts of the game world, Riot Games has admitted to censoring certain characters in League of Legends, depending on the country in which it is released.

Decayed ACNH Wood & Other Items that Villagers Won’t Store in...

The latest Atomic Heart trailer is dedicated to combat