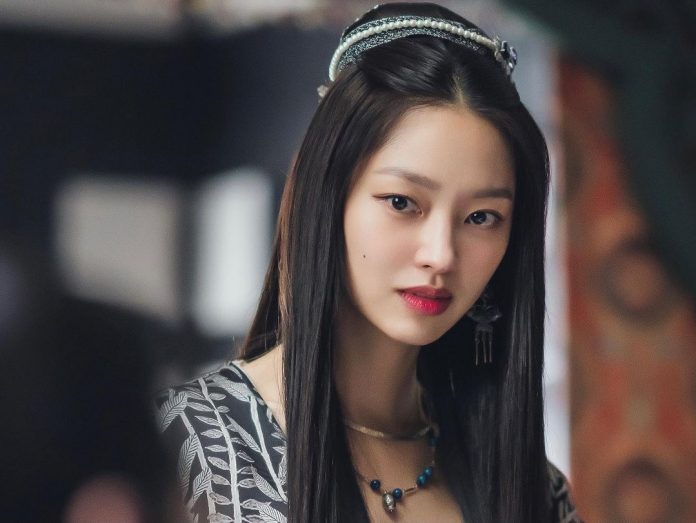 River Where the Moon Rises, with a premiere date scheduled for February 15, has begun to leak more details of its cast consisting of Kim So Hyun, Ji Soo, Lee Ji Hoon, and Choi Yoo Hwa.

In the case of Choi Yoo Hwa, the K-Drama producers released new stills of the actress playing the mysterious and manipulative Hae Mo Yong, whose dark intentions are accompanied by supernatural talents and a big secret.

River Where the Moon Rises is the adaptation of a Korean legend, it is written by Han Ji Hoon, famous for K-dramas like “Woman of 9.9 Billion” and “Temptation”, and directed by Yoon Sang Ho from “Saimdang, Light’s Diary “and” King Maker: The Change of Destiny. ”

The tale recounts how a man despised by all named On Dal (Ji Soo) foolishly sacrificed himself and allowed himself to be used as a tool for Princess Pyeong-gang (Kim So Hyun), also known as Yeom Ga Jin, to achieve the throne.

In River Where the Moon Rises, the character played by Choi Yoo Hwa (Hae Mo Yong) is introduced as the antagonist of the one played by Kim So Hyun (Princess Pyeong-gang). Her wish is to control the Kingdom of Goguryeo and in the process win the heart of General Go Geon who is played by actor Lee Ji Hoon.

As the adopted daughter of Hae Ji Wol (Jung In Kyum), one of Goguryeo’s most powerful men, Hae Mo Yong will occupy a position of power that will greatly influence the dramatic twists that River Where the Moon Rises will present.

Hunters: all about the Amazon series with Al Pacino!