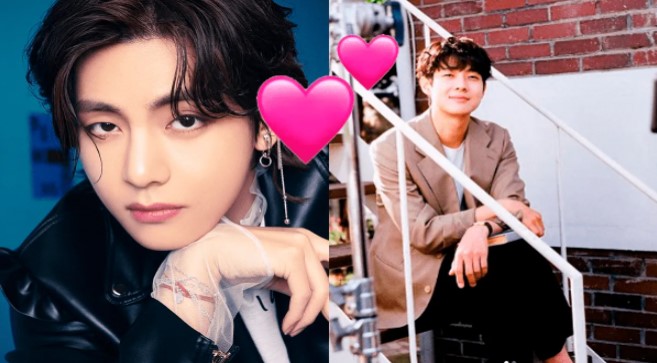 Choi Woo Shik never misses a moment to talk about his friend V from BTS. In his most recent interview he commented on Taehyung’s participation in the OST drama Our Beloved Summer.

It is not a secret for ARMY the great friendship that the members of Bangtan Sonyeondan have with many Korean celebrities. From exchanging friendly messages through social media, to photos of events they attend together, the boys have shown great charisma and friendship on multiple occasions.

One of the friendships that ARMY has loved the most is that of actor Choi Woo Shik with Kim Taehyung. Who have constantly been seen exchanging messages and walking together. Cheering up their fans with their cute and fun bromance.

Despite their busy schedules, they haven’t lost touch. Recently, the actor shared how much V’s participation in the OST of his most recent drama Our Beloved Summer meant to him, with the song “Christmas Tree”.

WHAT DID CHOI WOO SHIK SAY ABOUT V?

During the interview with the Our Beloved Summer actor, he mentioned how important it was for him that one of his dearest friends participated in one of his projects. On top of that, he added that upon first hearing the song, he immediately thought of V and how much he would like him to join the project:

I listened to the song before Taehyung took over it and I thought it would be better if he sang it because it was so good.

Woo Shik also mentioned that during the filming of the drama, he had told the BTS member a lot about the project. On his part, Taehyung mentioned how much he had enjoyed the drama while he was watching it.

Kim Taehyung even visited the actor on the last day of filming to support his friend and mingle with both him and the staff.