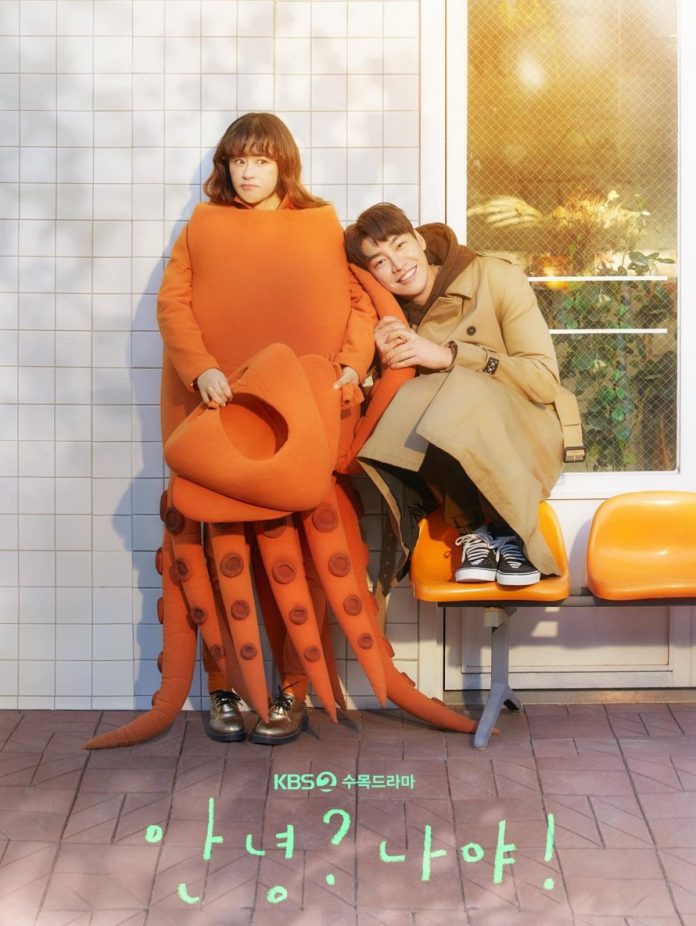 With a release date scheduled for February 17, the producers of Hello? It ‘s Me! posted photos of the meeting of two of their main leads, actors Choi Kang Hee and Kim Young Kwan.

The images in question show a scene that invites laughter, with Ban Ha Ni and Han Yoo Hun imprisoned in a detention center, she disguised as a giant squid while he looks at her with a face of regret and despair.

The appearance of the two looking at each other through the bars gives the feeling that both will have a turbulent future. Ha Ni’s fateful first encounter, with a gray life working for Joa Confectionery, and Yoo Hun, a free-soul chaebol who has done everything he wants, piques her curiosity.

It tells the story of a 37-year-old woman named Ban Ha Ni (Choi Kang Hee) who is half-hearted and disappointed in love, in her job and without dreams, who one day presents her self when she was 17 years old (Yi Rae) who is passionate about life.

Originally written by Kim Hye Jung, directed by Lee Hyun Suk and written by Yoo Song Yi, Hello? It ‘s Me! promises that it will be a comedy of romance and black humor different from what the public is used to.