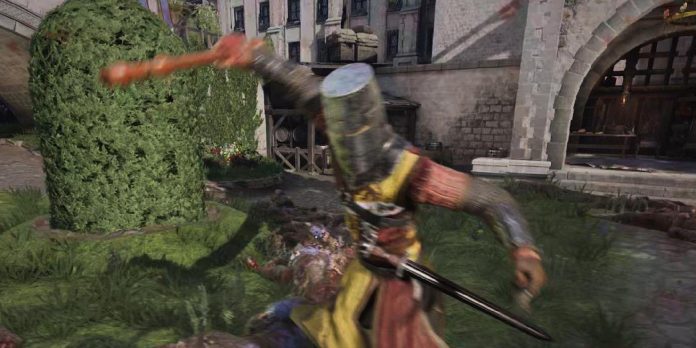 Humble Bundle may not be the first place gamers turn to in search of new games, but the charity retailer has stepped up its game and offers AAA titles and unknown gems. Chivalry 2 is one of these games, which is sold at a discount.

When does the deal end?

Chivalry 2 is currently on sale at a 40% discount, and this deal will be valid until September 6, 2022. Even better, Torn Banner is constantly releasing brand new updates that add maps, weapons, player skins, armor, and game modes.

Worried about microtransactions? The game allows you to buy in-game currency. However, none of the additional materials will change your gaming experience, since skill (almost) always wins.

More than 2 million copies of Chivalry 2 have been sold recently, and for good reason. A melee arena fighter can best be described as a medieval arena action movie with a humorous, cinematic touch, but don’t let the Monty Python references and funny voices fool you.

Chivalry 2 is a relatively simple game with strategic combat modes and chaotic “every man for himself” battles that beginners can easily master, and veteran warriors can bring to perfection. You can even describe it as a three-dimensional free version of a classic fighting game or a fight.

The intuitive first- and third-person combat system does not encourage button pressing. Instead, he focuses on skills. A great player with a dagger and a throwing knife can come face to face with a rude man armed with a hatchet, and still come out victorious.

The game has cross-platform servers, and it constantly notes new scuffles and updates that will make hardcore gamers return to its endless battles. With the advent of more significant updates, the game you buy today may become only a small part of the game it will become next year.

What other games are sold in the Humble Bundle store?

Do you want to plunge into the firepower of arena battles? Humble Bundle also offers combat shooters such as Hell Let Loose, Aliens: Fireteam Elite, and for those who want a first-person shooter story, The Outer Worlds.

Humble Bundle will also add new games to the list until the sale ends on September 6.