Home Celebrity Chiquis Rivera and Lorenzo Mendez together, they say 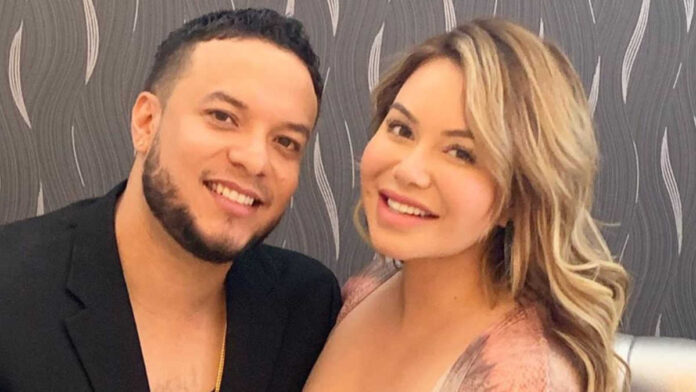 No, it’s not a publicity stunt! Mhoni Vidente assures that Chiquis Rivera and Lorenzo Méndez will return as a couple; however, there was separation due to marital problems.

Jenni Rivera’s daughter is separated from her still husband; However, the famous Mhoni Vidente assures that this will not be for long and will soon be in the arms of Lorenzo Méndez.

In the program Here with you, Mhoni shared that Chiquis Rivera and her husband have relationship problems to solve, but they will soon be together.

I think that when you move on to that relationship of being married, friction begins and there are problems, but I think that Lorenzo and Chiquis will definitely get together again, maybe they will have to cope.

The seer hinted that the marital problems of the famous couple are due to “revelry” on the part of the former lead singer of La Original.

That Chiquis Rivera is in this problem with Lorenzo, whether you want to or not, when they are both artists, that’s why my partner is nothing with being an artist because that is very exhausting and Lorenzo, as he is an artist, loves the p3do and the chup1rul and everything and Chiquis Rivera.

On the other hand, Mhoni Vidente spoke about the Rivera family in general and assures that Lupillo Rivera will get married on February 14, 2021.

Hear everything about the Rivera family around 9:00.

Lupillo Rivera met another person much younger than him, which is valid because he has what and to keep above all. I see him getting married soon for February 14.

But not everything is good news for Jenni Rivera’s family, as the Cuban shared that she sees a tr @ gedia among her relatives.

But a tr @ gedia comes to the Rivera family, gentlemen … There is something dark behind that family that Jenni Rivera sends to tell them to take care of themselves, that there is something, that they pray more, the seer shared.

This year, Chiquis Rivera and Lorenzo Méndez had already separated on one occasion; However, this separation was not made official and it was the media who forced them to talk about it after some images emerged of the singer leaving the house that they both shared as a bandit.

In addition, some photographs of Méndez with a woman were made viral, the one they claimed was his lover; However, the girl assured that there is no type of relationship between her and Chiquis’s husband and that she only took the photographs because he was a famous person.

After this, the couple began to talk about their marriage crisis on social media and a divorce was expected. However, the celebrities gave a huge surprise when they announced that they were together again, but there was bad news; both faced Covid-19.

A couple of days ago, the former couple saddened their followers when Chiquis Rivera issued a statement in which he expressed his official separation from her still husband. The singer asked for respect and privacy at this time and assured that she will not give interviews on the subject.

The scandal grew when in a television program it was assured that the interpreter of Anímate y verás had lied and it had not been a mutually agreed separation. According to the host, Lorenzo Méndez learned of their separation in the same way as Internet users, through his wife’s statement, since he was working at a radio station in another city.

Later, the famous daughter of Jenni Rivera chose to delete everything from her Instagram account, for a couple of days later to leave everyone with their mouths open with a daring photograph.

J-Hope and RM create a new version of ARMY BOMB

Kylie Jenner is gorgeous in her bathroom on Instagram!