Home Tech A Chinese Rocket Sold for $ 5.6 Million at Auction 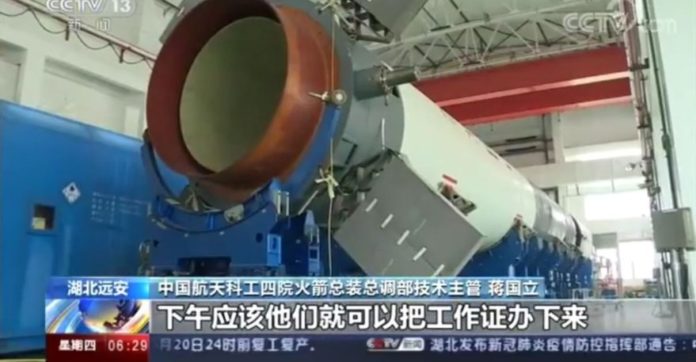 A rocket developed by ExPace, a commercial company affiliated with China’s space research agency, was sold for $ 5.6 million in an auction live on April 1. The name of the recipient was not disclosed in the sale from Taobao, one of the largest e-commerce sites in the world.

The Kuaizhou-1A (KZ-1A) rocket, developed by the commercial subsidiary of China Space and Aviation Science and Industry Corporation CASIC, ExPace, was sold at an auction on April 1. KZ-1A, which was put up for auction on online live via Taobao, one of the world’s largest e-commerce sites, was sold to an undisclosed customer for $ 5.6 million.

Within 5 minutes of the announcement of the rocket’s auction, 800 people deposited around $ 4,611 (500,000 yuan). The KZ-1A rocket, which is mostly used to send small satellites to the low orbit of the world, was sold in a very short time. The package in which the rocket is sold includes a launch right, special painting for the rocket body and access to the launch facility.

CASIC will launch another rocket in April:
CASIC plans to launch a KZ-1A rocket with new satellites in April. The launch, sponsored by the Chinese automaker GAC, will be dedicated to healthcare workers in the Wuhan city fighting the coronavirus (COVID-19) outbreak. While 2 million people watched the live broadcast of the Chinese rocket’s auction, the title in Weibo has reached over 500 million views.

It is stated that China, where commercial rocket sales take place, is part of the new but growing space industry. State-owned space companies still remain the main source of space missions, but private companies are emerging and starting to receive support. For this, with an arrangement made in June 2019, the State Scientific Committee decided to support the development of commercial space missions of the Equipment Development Department of the Technology and Industry and Central Military Commission for National Defense.

Specifically, the KZ-1A rocket carried only commercial cargo on 8 launches it launched after it started operating in 2017. ExPace is currently working to get the Kuaizhou-11 rocket ready to launch in the first half of 2020. This new rocket will be able to carry 1 ton of cargo. The capacity of KZ-1A is 200 kilograms.