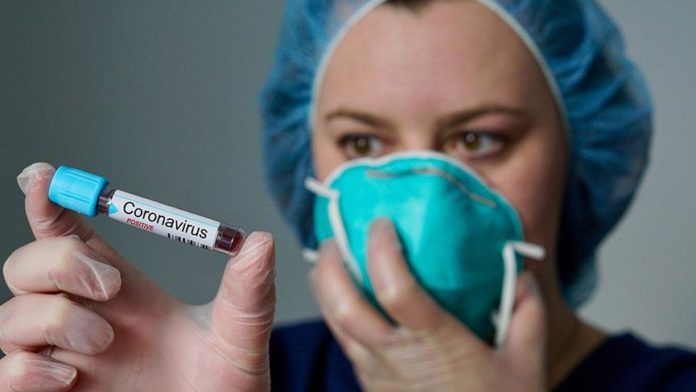 A Chinese couple in Istanbul was taken to the emergency department of Büyükçekmece Mimar Sinan State Hospital for an unspecified reason. Chinese tourists were transferred to another hospital after the first treatment.

The Chinese couple, who applied to the Mimar Sinan State Hospital in Büyükçekmece with the complaint of high fever in Istanbul yesterday and led to the closure of the emergency room of the hospital, was sent to Süreyyapaşa Chest Diseases Training and Research Hospital in Maltepe. The quarantine couple is also considering the possibility of a Corona virus, which has spread from China to the world and has killed 27 people.

The Chinese tourist and his wife were first treated in a closed area in the emergency department of Mimar Sinan State Hospital in Büyükçekmece. After the first treatment, the Chinese couple were transferred to Süreyyapaşa Chest Diseases Training and Research Hospital in Maltepe with different ambulances.

Chinese couple suspected of corona virus transferred to another hospital
According to the information obtained, medical teams took a special quarantine area in Süreyya Pasha Chest Diseases Training and Research Hospital and took intensive measures during the treatment process. While it was claimed that the personnel who intervened in the patients wore special clothes, the hospital staff wore masks on their faces.

The world is alarmed by the Corona virus, which originated in Wuhan, China, and cost at least 27 lives. The 11 million city of Wuhan and the two neighboring cities are completely disconnected from the outside world. Scientists have announced that the virus came from snakes. The research noted that the majority of the first patients hospitalized in Wuhan, China are employees or customers of the seafood wholesale market.

Due to the Chinese New Year, which will be celebrated in the country on January 25, millions of people are expected to travel both domestically and abroad. Therefore, there is a great panic in the world against the Corona virus.

Update: The Minister of Health, who made a statement on the subject, said that a Chinese national who applied to the hospital on Wednesday night in Istanbul Büyükçekmece due to nausea, headache and malaise was isolated from other patients who were prevented when they learned that he came from Wuhan. ” and stated that after 36 hours of isolation, he was sent back to China by private ambulance.

Total War: Shogun 2 will be available for free download on...

An Investor Found Bitcoins That He Bought and Forgot in 2011

The Platform That Fit Your Existence On The Internet In A...

Khloé Kardashian declares her love to Kendall Jenner for her birthday

Attack on Twitter only 8 profiles had their data stolen