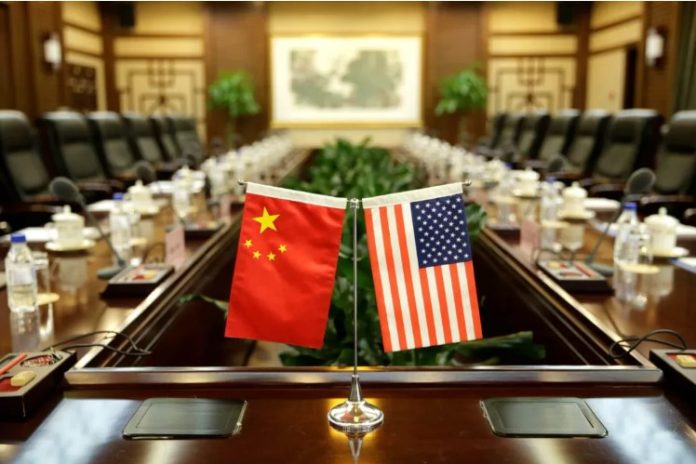 The result of US sanctions against China

In short: Chinese memory chip giant Yangtze Memory Technologies Corp (YMTC) is reportedly asking its American employees to leave the company due to new restrictions by the US government designed to suppress China’s ambitions in the field of semiconductor manufacturing.

Citing four people close to the firm, the Financial Times reports that an unspecified number of US citizens and green card holders are forced to leave YMTC, and some in China have already been shown the door.

It is said that some of the Americans who left played a key role in YMTC’s breakthroughs in the production of NAND memory chips. “But they have no other way out [they are leaving],” said a senior engineer at the company.

U.S. sanctions imposed earlier this month restrict the supply of American-made electronics or other goods that China can use to create tools or equipment for the production of chips. It also prohibits non-Chinese companies in other countries from using American equipment to serve Chinese customers unless the U.S. grants a license.

TSMC has already warned of “serious problems” facing the industry as a result of the US-China spat. Nevertheless, the Taiwanese firm has received a one-year license from the United States to continue ordering American equipment for the production of chips, which will allow it to expand in China.

The restrictions also require U.S. citizens to obtain permission from the Commerce Department before providing support to Chinese factories. It is believed that this was the reason that YMTC executive director Simon Yang, a holder of an American passport, resigned to become vice chairman before the sanctions were announced. It is unclear whether he will be forced to leave the company.

“Asking employees to resign is necessary for the company and is also the right move for employees’ personal risk,” said a person familiar with the situation at YMTC.

“You either renounce your citizenship or quit your job,” said one Chinese semiconductor industry executive.

This was another blow for YMTC. There were reports that Apple was considering a Chinese company as a partner to supply 3D NAND chips for the latest iPhones, but US export controls forced Apple to rethink the situation.

The restrictions affect employees, including high-ranking officials, who will not give their American passports to any Chinese chip manufacturer, and companies are negotiating an exit and canceling job offers. “Now we are not just trying to create “US—free” production lines, but also de-Americanize teams,” said one of the executives.