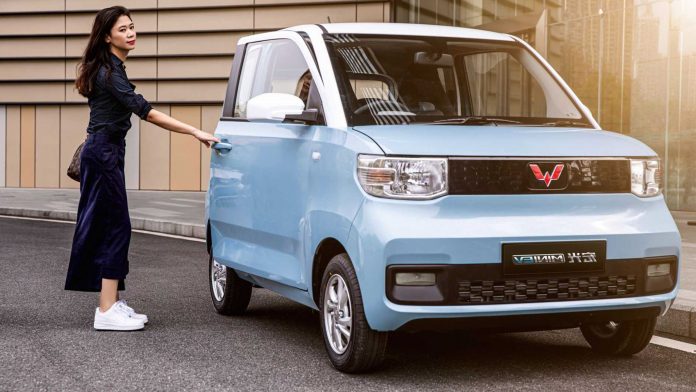 The Hong Guang Mini, which is available in China as an “affordable” vehicle, has doubled Tesla sales with a price of $ 4,500, despite its drawbacks in performance and range.

Electric cars are getting more common every day, but the high price of electric cars is slowing down the pace of gasoline-powered cars. Supported by the Chinese government, companies such as SAIC are able to double the sales of giant companies with affordable solutions they have put on the market.

Developing a compact electric car called Hong Guang Mini, suitable for urban use, together with the US automotive giant General Motors, SAIC managed to double the sales of Tesla, which is considered the pioneer of the electric car industry, last January.

The Chinese can buy an electric vehicle for only $ 4,500

Marketed with the slogan “the public transportation vehicle”, the vehicle is a much more “accessible” product compared to a standard electric car, with a price tag of only $ 4,500. In addition, when consumers want to escape a bit of luxury, they can access the air-conditioned version of the vehicle by paying (!) 500 dollars more.

As you can imagine, Hong Guang Mini cannot rival any Tesla model in terms of range or performance. While the entry-level model of the vehicle has a maximum speed of 100 km / h; Although it is not very comfortable, it enables 4 people to travel at the same time.

“The Chinese government is serious about reducing air pollution and being the world leader in the transition to electric vehicles,” said Shaun Rein, Director of China Market Research Group, “Hong Guang is often preferred in the cheap segment and Tesla in luxury vehicles.”

In order to encourage the transition to electric vehicles, the Chinese government is guaranteeing the allocation of license plates to these vehicles for free. This is an important detail because in many cities in China it can take months, even years, to be able to issue license plates to petrol-powered vehicles. Hong Guang doubled Tesla with over 25,000 sales in January.

VANESSA HUDGENS, THE FACE OF CHRISTMAS ON NETFLIX