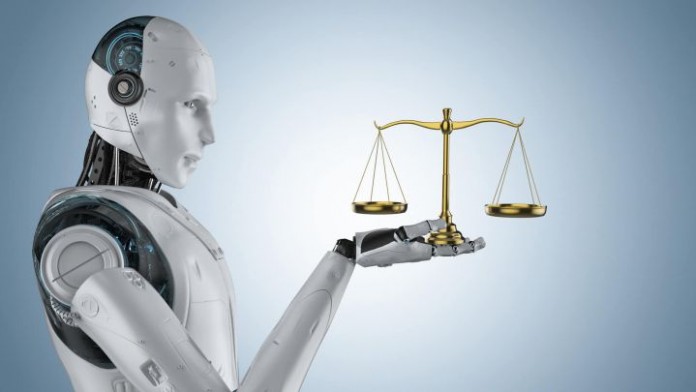 Robot: Consciousness, feelings, free will… There are things that a machine cannot yet understand about the human being, it cannot understand them following its ‘mechanical’ reasoning. It cannot know why we lie, why we contradict ourselves, why we endure and/or succeed when according to the data we should fail. There are too many variables, and in the field of Justice the same.

A judge has before him the Law, and his duty is to apply it, interpreting his postulates. There are those who follow the laws to the letter and apply justice as it is, and there are those who use it as a basis, as a guide, but decide each case in its context, interpreting it, looking at other factors. What would happen if robot judges were invented? Would they be able to do more than just apply the rules that their system has learned? Would they take into account other factors? China may have the answer to that.

From supercomputers to robots, China has created a judge equipped with artificial intelligence, the first of its kind in the world. Produced by the Shanghai Pudong People’s Procuratorate, the most active procuratorate in China, this judge makes 97% correct decisions after hearing verbal arguments, and its widespread use would serve to reduce the workload.

An AI that dictates verdicts

The office stated that in some cases, this AI-equipped judge can stand in for prosecutors during the decision-making process. But don’t think of a human-like robot sitting on a podium with a mallet in hand, no. This robot judge is an AI that can even be used on a desktop computer. This AI judge analyzes billions of pieces of data in his system, built using thousands of cases from around the world from 2015 to 2020.

For now, this AI judge has the ability to:

But the people of China have not liked the issue. A prosecutor in the country noted: “Technically, the accuracy of 97% may be high, but there will always be a chance of error. If a mistake is made, who will bear the responsibility? The prosecutor, the designer of the machine or the algorithm. With the help of AI, errors can be detected, but it cannot replace humans in decision-making.”

In this case, it is the first judge with capacity for the crimes described above, but this Law by AI and virtual courts has been going on for five years. China’s first internet court was established in the eastern city of Hangzhou in 2017. Hangzhou is a hub for major Chinese technology companies. According to the official Chinese news agency Xinhua, in 2019 alone, users completed more than 3.1 million legal activities through the court system between March and October of that year. More than a million citizens registered in the system, along with some 73,000 lawyers, according to the report.