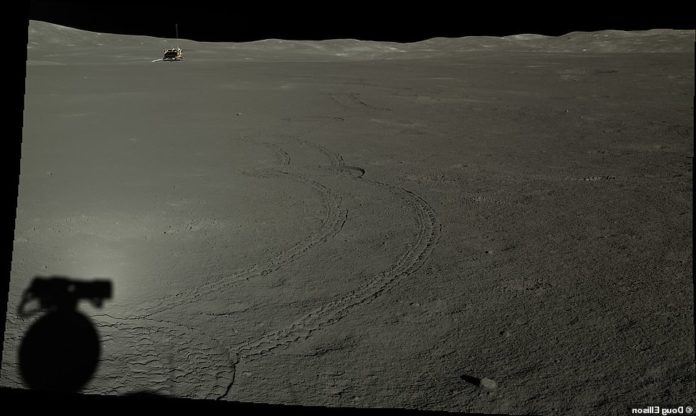 New data from Chang’e 4 and Yutu 2 spacecraft, which were sent to the moon as part of China’s Chang’e 4 mission, were shared. Spacecraft also sent photos by the Moon’s previously undiscovered darkness.

It has been nearly a year since China’s Chang’e 4 and Yutu 2 spacecraft landed on the dark side of the Moon. The vehicles have been reviewing the Von Kármán crater ever since and are sending the results to Earth via the Queqiao satellite. The vehicles also take photos of the Moon as part of the task.

The Chinese Lunar Discovery Program has released an image library of thousands of files, as well as new data from vehicles. In addition to radar and infrared spectrometry data, the data set includes high-resolution images of the Moon surface obtained by Chang’e 4’s landing camera, field camera, and Yutu 2 panoramic camera.

Some of the new images from the dark face of the Moon are:

Yutu 2 has so far covered a slightly curved road of more than 350 meters along the 180-kilometer Von Kármán crater in the South Pole-Aitken basin. During this journey, the expedition photographs panoramic views and rock formations that document the terrain on the undiscovered dark side of the Moon. The data obtained on the mission can shed light not only on the Moon but also on the history of the Solar System.

Chang’e 5, the next Chang’e vehicle, will be launched later this year. The vehicle is planned to collect at least 2 kilograms of Moon sample and bring them back to Earth for study.