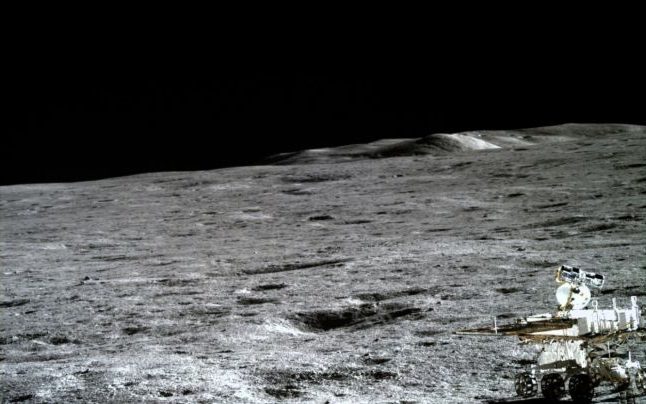 China, one of the most technologically advanced countries today, has seen unprecedented photographs of the spacecraft that landed on the dark side of the Moon. Spacecraft sent to the Moon collected data for 12 months.

China’s Chang’e-4 spacecraft, which landed for the first time on the dark side of the moon, the moon of our planet, shared with us the landscapes we had never seen before. Photographs showing the moon’s unprecedented surface were taken by China’s spacecraft last year.

To celebrate the first anniversary of the adventure that began on the dark side of the moon, China released photos captured by the Chang-4 spacecraft. The country, which has the most advanced technologies of our age, not only published photos, but also shared the scientific data collected by the spacecraft.

Data were collected for 12 months:
The Yutru 2 rover, carried by Chang-4, traveled more than 350 meters on the dark side of the Moon. The vehicle took photographs while wandering on the moon surface and carried out studies to examine the structures of the rocks on the surface. Yutru 2 and Chang’e-4 were controlled by researchers thanks to a satellite orbiting the Moon.

Chinese researchers have achieved great success by collecting data for 12 Months on the Moon. If we recall that a Moon day is 29 days 12 hours 44 minutes on our planet, we can deduce that this tool has been collecting data for almost a year. In other words, the dark side of the Moon was investigated and explored throughout 2019.

But the products of China’s curiosity for the dark side of the Moon will not stop there. Later this year, China will also send the Chang’e-5 spacecraft to the Moon to further investigate the satellite’s curiosities.

The mission of Chang’e-5 is to bring 2 kilograms of surface material from the Moon’s surface to our planet. If this happens, the fragments brought to our planet will be the first lunar materials brought to Earth since 1976.

China will monitor the radiation levels of our satellite and collect samples of surface materials before realizing a plan to build a base for the Moon in 2030. The dark side of the moon contains ice water and is considered a habitable place for people.

Nasa Cuts Off Contact With Its Vehicles On Mars