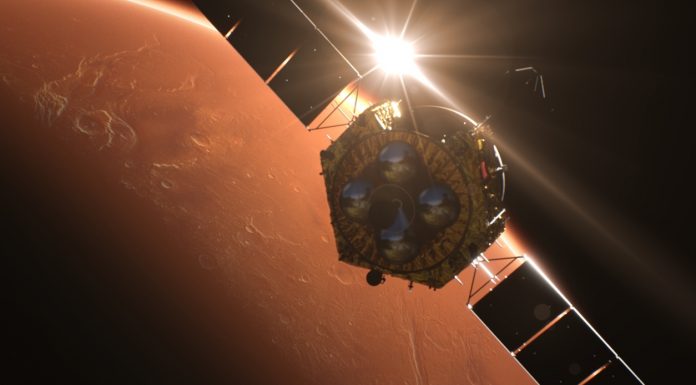 China announced that the Mars rover will land on the planet by Wednesday at the latest. The China spacecraft and accompanying navigator entered the orbit of the Red Planet on February 10th.

The Chinese National Space Agency stated in the statement that the Tianwen-1 spacecraft has collected a large amount of scientific data since it entered the planet’s orbit. As part of the Tianwen-1 mission, the Zhurong rover will land on the planet’s glacial region called Utopia Planitia. Researchers think this is an ancient ocean.

China will be the second country to land on Mars

China announced last month that they named the traveler after the local fire god Zhurong. The Zhurong rover will use different tools, including a camera, to explore signs of life. If successful, it will be the second country that manages to land a traveler on Mars.

Until now, only the United States of America has managed to send spacecraft to Mars. The first Red Planet mission to the USA was the Vikings mission in 1976. Finally, the Perseverance rover and Ingenuity helicopter are currently in the exploration of the planet. The USA has sent spacecraft to the planet 9 times in total.

Tianwen-1 has been moving in an elliptical orbit around the planet since Mars orbit. However, it gets closer to Mars every 49 hours. Each time the vehicle takes high-resolution images of the landing site in Utopia Planitia.

Ye Peijian, lead consultant for Interplanetary Exploration of the China Science and Technology Association, made a statement. Peijian pointed to the landing on Friday, May 14th. He said that the probability of landing around 16:00 is high. However, the possibility of landing the vehicle is not yet clear. Therefore, the landing possibility will remain until Wednesday.

Tianwen-1 mission started in July 2020 with an orbit vehicle, landing craft and backup rover. The Tianwen-1 spacecraft will spend 90 Mars days on the surface of the Red Planet.

China launched the first module of a permanent space station this year. However, the uncontrolled fall of the launch rocket to Earth caused criticism. The Tianhe module is the first of 11 missions China plans to do in the future. The Asian country wants to build the station and send a crew of three by the end of next year.

In addition to all this, China managed to land a spacecraft on a less discovered side of the Moon in 2019.

This Application Will Help You Nail The Paella In The World...