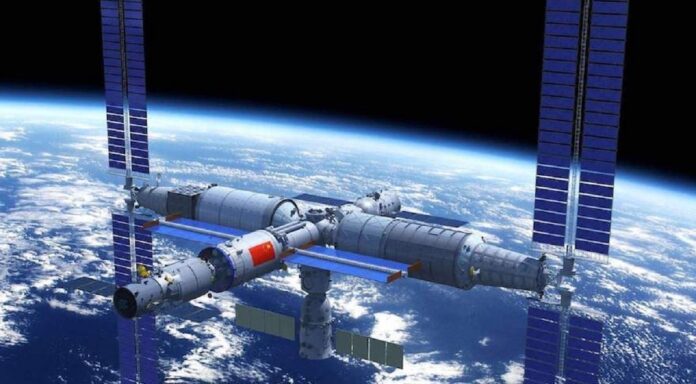 In order to keep up with the increasing competition in space by the USA with the SpaceX program, the Chinese National Space Administration plans to build a huge space station by 2021.

China, which does not want to be left behind in the race to establish domination in space for many years, is taking a new step for this purpose with its space radiation. After the Starlink Project and ‘Crew Dragon’ mission last carried out by SpaceX, the Chinese National Space Administration announced today that they will build new space stations in 2021. This space station, which will be created with a total of 11 launches, will have a weight of 66 tons and 3 different astronaut crews will work in this space station for 6 months and will serve for 10 years before leaving the orbit.

While the construction of the space station to be built is planned to be completed in 2021, it is expected to be fully operational in 2023. This station, which will also be quite large; It will consist of a main living space, and a research module in which many researchers from different parts of the world will conduct research on space technologies and Zero-Gee (Weightlessness) Biology.

If everything goes as planned, the launch of the first module will be carried out with the new Long March 5B rocket launcher, introduced by China in the past weeks and making a controversial debut in randomly dropping the take-off rocket into the Atlantic Ocean and parts of Africa. After the first launch, the other launchers will include the materials needed for the research modules and astronauts to work in the construction of the space station. Stating that they are planning to choose the astronauts to take part in this mission in July, the Chinese National Space Administration announced that for the first time these astronauts will be chosen not only from pilots with a military background, but also from civilians with experience in science and physics.

In addition to the newly announced space station details, China is preparing to launch a new telescope called ‘Xuntian’ into space. The Xuntian telescope, which will have the same mirror architecture as the Hubble Space Telescope, will be able to provide vision at wider distances and will be placed in the same orbit as the space station, allowing it to be maintained and inspected at the space station.