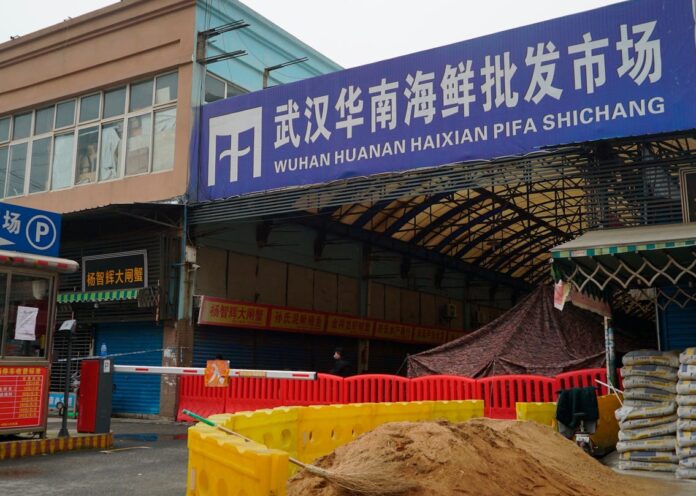 Genetic evidence confirms that the origin of the coronavirus is bats found in China, but experts still don’t know where the virus first came out and how it got into humans.

As is known, experts in Wuhan, China reported that cases of coronavirus first emerged from the Huanan Seafood and Livestock Market, but the Chinese Center for Disease Control and Prevention, which is an independent organization based in Beijing, the capital of China, is located in Huanan this week. He explained that as a result of the examinations made on the animals sold in the market, they determined that the virus did not come out of here.

According to the Wall Street Journal, Gao Fu from the China Center for Disease Control and Prevention claims that Huanan Seafood and Livestock Market is one of the victims of this process. Fu, who stated that the coronavirus test of the animals in the market was negative in the examinations made on the samples taken from the market, thinks that the marketers in Huanan were not infected from the creatures there.

The first cases associated with the animal market did not appear in China:

Officials in Wuhan, China, informed the World Health Organization of this virus, which was called a new type of coronavirus on December 31, 2019. Even Huanan Market, which is thought to be related to the first 41 cases, was closed on January 1. An estimated outbreak of the first SARS also emerged from a livestock market in Guangdong, China, between 2002-2003. In this epidemic, it is thought that the virus passed from bats to musk cats and then passed from cats to humans.

Interestingly, the virus test of any animal sold in the market at that time was not positive. According to officials, it is unlikely that these animals sold here and consumed by humans will be in the position of a carrier for the outbreak. Increasing research supports the claims made by the China Center for Disease Control and Prevention.

According to a study published in January, the first person caught coronavirus was exposed to the virus on December 1, 2019 and began to show symptoms on December 8, 2019. However, 13 of 41 cases had no connection with the animal market. As a result, Huanan Market may be the first mass spill point, rather than the starting point of the case.

With the emergence of the coronavirus epidemic, the theory of the possibility that the virus would become a biological weapon was beginning to spread. The virus was also claimed to have spread from the laboratory in Wuhan, which examined coronavirus species, but researchers from both China and the United States say there is no evidence to support this theory.