Home News China to Build 1,000-Bed Hospital in 6 Days to Combat the Coronary... 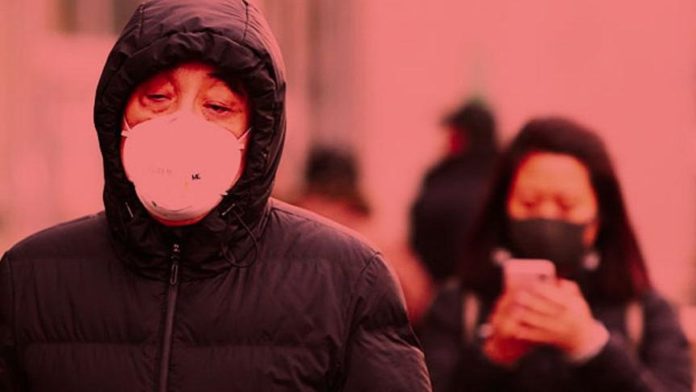 A 1,000-bed hospital will be built in Wuhan, the center of the deadly epidemic in China. The time set for the construction of the hospital is only 6 days. It is stated that such an alternative has been applied since there is no room in the existing hospitals in the city which is quarantined.

While the deadly coronavirus epidemic, which was found to have spread from Wuhan city of the People’s Republic of China, continues, a 1,000-bed hospital was started to be built in the quarantined city. Officials say the construction of the hospital will be completed within 6 days.

The reason for the new construction is that the existing hospitals in the city experience shortage of beds and medical supplies and reject patients who show the symptoms of coronavirus disease for these reasons. This caused criticism with authorities in Wuhan that the central government was not able to respond quickly enough to the outbreak.

A similar hospital was built in 2003:
It is stated that the new hospital will function as a kind of quarantine center. Officials announced that the hospital will begin accepting patients mid-week. Although the claim that the hospital would be put into service in such a short time was suspected, during the SARS outbreak in 2003, 7,000 workers in Beijing managed to build a 1,000-bed Xiaotangshan Hospital in a week.

It was announced that hundreds of workers started to work for the construction of the hospital in Wuhan, and their daily salary was $ 173. This fee is normally 3 times the fee. Construction plans are not yet completed, but plans are expected to be sent to the construction company today.

In the photos and videos published by Chinese social media users, it is seen that a large number of bulldozers, buckets and trucks started operating on the basis of the hospital. While the local media praise the rapid intervention of the state and call for calm to the residents of the city, shares continue to come from those living in Wuhan, expressing their anger and disappointment. In the published images, it is seen that the patients lie in the hospital corridors, the doctors shout at the patients and the patients wait in the queue for hours for examination.

‘The number of dead is 26 for now’
Many patients claim that they were rejected from hospitals because there were not enough medical supplies available. It is also among the information that the hospitals in the city asked for help using the social media platform Weibo for medical supplies.

The Chinese government has imposed travel restrictions on cities such as Ezhou, Huanggang, Chibi, Qianjiang, Zhejiang, Jingmen and Xiantao, as well as Wuhan to control the outbreak. Travel restrictions affect nearly 30 million people in total. It is stated that 26 people have died and 830 people have been ill around the world due to the coronavirus epidemic.

While China is concerned about the spread of the outbreak due to the New Year celebrations, the World Health Organization (WHO) announced that the outbreak posed an emergency for China, but there was no equal danger to the world. Other than China, the countries where the virus is seen include the USA, Vietnam, Thailand, South Korea and Japan.