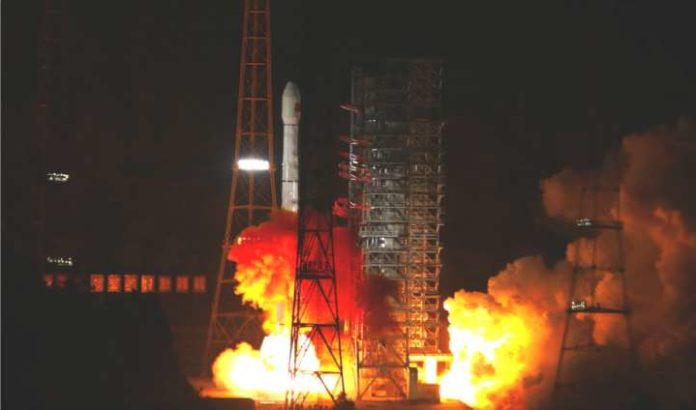 China did not give enough information about the first rocket takeoff of 2020, the Long March 3D takeoff, which made some media claims. Some analysts argue that the satellite sent by the rocket will be used for military purposes and that there is insufficient explanation by the country.

The first rocket launch in 2020 was carried out by China’s space agency. There was a mystery about the rocket’s takeoff purpose and the load it carried. Many different claims have been made by the state media and independent analysts about the purpose of the launch of the rocket.

Chinese media announced on Tuesday at 23.20 am that a Long March 3B rocket taking off from the Xichang Space Center in Sichuan, southwest of China, was deployed into space.

Chinese media, the CCTV broadcast images, showing the departure of the rocket at night. According to the media, the rocket was sent to a fixed orbit located 36,000 kilometers away from Earth.

Here are images of China’s mysterious rocket launch:
China Rocket Science and Technology Company, the official site of the task successfully completed said. The satellite launched within the mission will be used in tests of the rate at which data is transferred from one location to another. According to the CCTV channel, the satellite will be used for data volume tests as well as various functions such as communication, radio, television and data transmission.

The satellite is claimed to be used in military functions
The fact that China generally provides comprehensive explanations about the satellites it launches, but the fact that the country has remained silent since the last launch, makes analysts think that this task is for military purposes. When the TJS 2 satellite from the same satellite series was launched in 2017, no specific statement was made about the mission. Analysts had then suggested that the satellite had military functions such as missile detection, but this was not confirmed.

China is expected to send more than 40 satellites into space in 2020, which is only hours of rocket launch.

ASUS announces deals on notebooks and smartphones in the online store