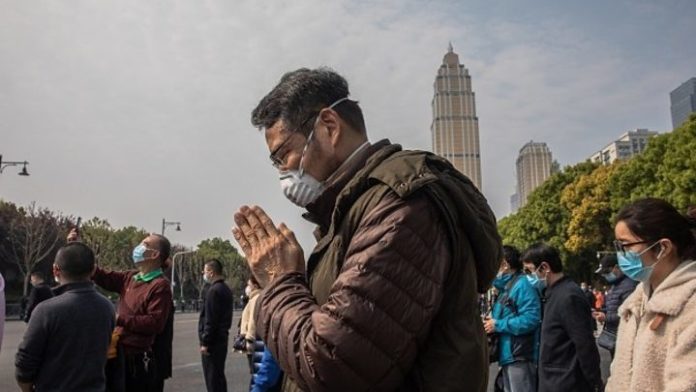 The claims that China, the country where the coronavirus originated, concealed the real death number, continues to be supported with new information day by day. Finally, in an article from The New York Times, it was stated that the funerals in China were forced to be held quietly.

The coronavirus, which has been seen in many countries around the world today, has not been stopped yet. The virus is becoming more and more infected and causing more people to die. In China, where the coronavirus originated first, the situation is moving in the opposite direction of the world.

The coronavirus was first seen in Wuhan, China. The Chinese government did not share the virus threat with anyone before, but when the epidemic went out of the country, it explained the presence of the coronavirus. Of course, this behavior of China caused the whole world to react. Another issue that we will talk about today is adding new questions to the question marks about whether China is hiding the number of dead.

China appoints officers to the relatives of the deceased:
In an article by Amy Qin and Cao Li from The New York Times, he talks about the claim that China did not disclose the true number of deaths from coronavirus. Of course, this claim is not only fed from their own views, but also gets help from comments made by relatives of people who died in China due to coronavirus.

Liu Pei, who lost his father due to coronavirus in China, told some interesting facts about the funerals that are currently held in the country. Liu, who lives in Wuhan, said that his father was always with him during his funeral. According to the stories, the authorities did not leave Liu.

The authorities, who were always with Liu, took him to the funeral home and then came to the cemetery. Here they were watching Liu’s bury his father. Moreover, Liu stated that one of the guards who was with him took photos of the funeral, which lasted over 20 minutes.

Fast and quiet funerals are made:
During the coronavirus outbreak, people living in the city of Wuhan could not get the ashes of their deceased relatives for months. According to an interesting claim about today, with the epidemic stopping in China, the authorities want the relatives of the deceased to bury the dead quickly and quietly.

Moreover, according to the same claim, the authorities somehow removed the titles and discussions about death on the internet. Of course, the explosion of these interesting claims further strengthens China’s ideas of hiding the number of deaths.

According to the data announced so far in China, the source of the virus, the number of deaths from coronavirus is 3,330, but health workers and many people in the country say that this number should be much higher. The claim that China hides the number of deaths is not only supported by them.

Authorities strictly supervise the internet:
According to another claim, police in Wuhan are eliminating groups opened by relatives of the victims of coronavirus in the popular messaging application WeChat, which is popular in China. In addition, officials somehow destroy photos showing the queues created by relatives of those who died on social media in front of their funeral homes.

Several officials are appointed to close relatives of every deceased person, like Liu, who lost his father due to the virus. These officials follow other people, as they did to Liu. China’s ruling Communist Party says crowded communities have been blocked to prevent a new virus outbreak. However, all of these measures reinforce the claims that China is hiding the actual number of deaths.

In the early days of coronavirus, some of the healthcare professionals in China said that most deaths from coronavirus were not counted because there were not enough test kits. According to a report by Caixin recently, a truck had arrived in front of a funeral home in China. Thousands of boxes were lowered from inside this truck to store the ashes of the dead.

While the claims that the Chinese government is hiding the actual number of deaths continue to increase day by day, the government says it is always transparent. However, the same government’s decision on how to make funerals and other claims made raise the questions in the head.

German Military Computer with Confidential Data Sold for $ 99 on...

Xiaomi does not give way to smart TV sales

Suga were part of the Teenage Bounty Hunters series