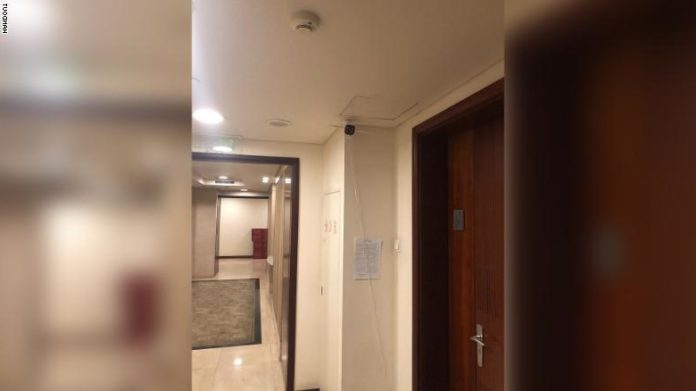 It is claimed that the People’s Republic of China puts the security camera on the doors of the houses, and sometimes even inside the houses, as an excuse to combat COVID-19. According to CNN’s claim, this practice has been implemented in many regions of China in the past two months.

The methods used by states to combat the coronavirus outbreak continue to cause controversy. Finally, the US media, authorities in some parts of the People’s Republic of China to the door of the houses; He even claimed that they had placed security cameras inside them.

According to the news on CNN that is based on personal testimony with social media posts, the reason for security cameras to enter the houses is to check whether the COVID-19 patients comply with the restriction rules. Allegedly, this practice has been going on for about two months. Judging by a post published in Weibo in February, the Nanjing management advocates the practice by saying that the installed cameras protect staff from disease exposure and improve work efficiency.

Many cities have similar applications:
Ian Lahiffe, of Irish origin, living in Beijing, found a security camera in his apartment when he returned to his hometown after a trip to the south of China. Noting how ‘legal’ this is, Lahiffe describes the practice as ‘overcoming confidentiality’. Lahiffe had to stay with her family for 2 weeks as part of the quarantine measures in Beijing.

As of 2017, there were more than 20 million security cameras in China, according to Chinese state television CCTV. According to some data, as of 2018, the number of security cameras in China reached 349 million. The People’s Republic of China is trying to control people’s movements and decide who will be quarantined with the digital ‘health code’ application within the scope of combating COVID-19.

In addition to Nanjing, the management of the Wuchongan district in Hubei province says that a security camera is used to monitor the quarantined patients 24 hours a day. It is stated that security cameras in the Chaoyang region of Changchun city are also equipped with artificial intelligence that can detect human movement.

What Languages Is Bitcoin Most Spoken In?

Ethereum 2.0 Left Behind An Important Milestone

Rihanna makes her mark as the Fashion Queen!

Suga: This is his answer about being DAD how adorable!

Scientist in Harvard Arrested for Lying in Relations with China