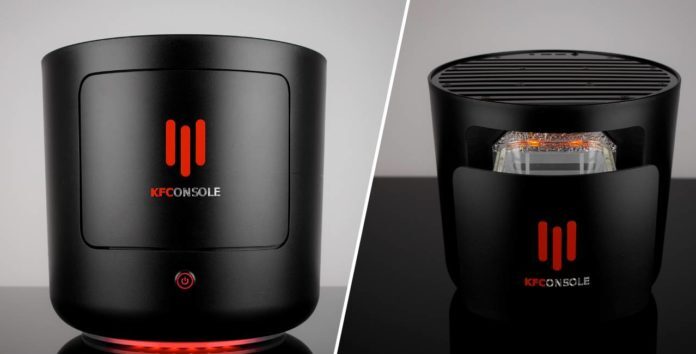 In September last year, “I Love You Colonel Sanders!” A new move came from the fast-food restaurant chain KFC, which promoted the video game called. KFConsole was announced just after the Playstation 5 launch in June. However, the vast majority thought it was a joke.

It looks like KFC is serious about this. “Console wars are over,” made from KFC Gaming Twitter account. Introducing KFConsole. ” With the statement, the rumors became official.

See it for yourself. Find out more about the new #KFConsole @CoolerMaster: https://t.co/omZWuIhBG8 pic.twitter.com/6n5panSJIs

Announced with the slogan “Power your hunger”, KFConsole has the feature of “Chicken Bowl”. This patented feature, “With natural heating and ventilation systems, you can now focus on your game more easily and enjoy your crispy fried chicken between rounds.” came to light with the explanation. The game console, which allows you to eat your chicken without cooling between games, was designed by Cooler Master. Intel, Asus and Seagate are among the partners of the device developed in partnership with Cooler Master, according to the official site.

Other features of the console are also quite surprising. KFConsole; The exclusive Cooler Master NC100 case will include an Intel Nuc 9 processor, an Asus-powered graphics card and two Seagate BarraCuda 1TB SSDs. In addition, the device will have a replaceable graphics card slot. In addition, it is stated that 4K resolution, ray tracing, 240 FPS screen refresh rate, VR and ray tracing support will be offered. It is possible to access the website for KFConsole using this link.

The release date of KFConsole, which has already created great excitement with its announced features, is not yet known.