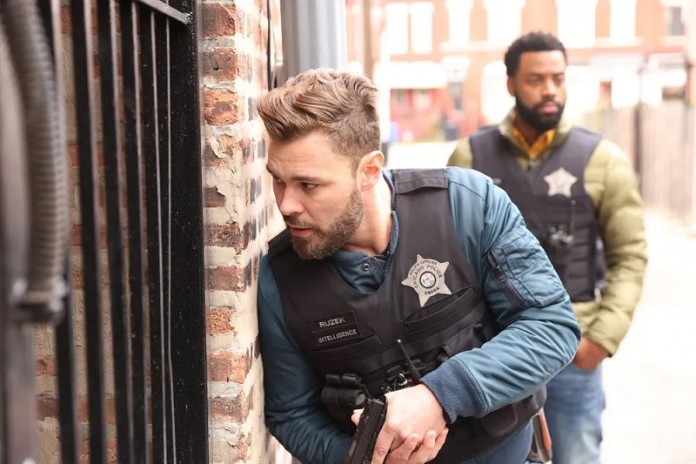 Chicago PD: To close the first part of the 9th season of Chicago PD, the writers prepare a great episode, full of emotions and many intense conflicts. The center of attention was Detective Halstead (Jesse Lee Soffer), who had to be firm in his convictions to move forward with his plans.

So check out all about Chicago PD’s winter finale with our recap!

Chicago PD 9×9: Police officers have a big mission to accomplish

The title “A Way Out” begins when Halstead is returning from a meeting and hears gunshots being fired near his house. With this apparent warning signal, he stops the car, calls the team of colleagues and follows the noises in search of answers about what was going on. When he finds a bus full of passengers, he realizes that something is very wrong.

It is at this moment that two men shoot at a girl, who ends up dying on the spot. Voight (Jason Beghe), somewhat irritated, is worried about the case and decides to follow him because of his agent’s involvement. Later, Halstead is bothered by the death generated by his presence and starts to investigate what happened by himself, discovering that the girl in question, known as Joy, was trying to prevent a sex trafficking crime from happening to other women.

However, the other girls involved with the criminals were participating in a drug trafficking scheme and somehow managed to deceive them. The team, including Upton (Tracy Spiridakos), is involved in the case with Halstead. And upon finding one of the drug dealers with injuries, they realize that she overdosed on swallowing about fifty bags of heroin.

If Halstead’s problems were big enough, it all gets bigger when he’s called in for an informal deposition about Voight with the FBI. When the two meet, Voight then explains that agents are wanting to investigate him because of some cases of police corruption involving the use of narcotics.

When he reveals to Upton what is going on, she is worried. Halstead also looks anxious and worried, especially since he would be in the middle of a crossfire between his boss and the FBI. Given what he said in the deposition, things could get messy later on for Voight.

Although the investigations of the initial case of the episode still seem very complex, the officers go a long way with the information obtained and are successful at some points in the process. At this point, the relationship between Voight and Halstead is the focus of the episode, precisely because their conduct is tested in a surprising way. The policeman has choices to make, but he also doesn’t want to think about problems anymore, but rather about living happily with his great love.

List of terminals: where else have you seen actors