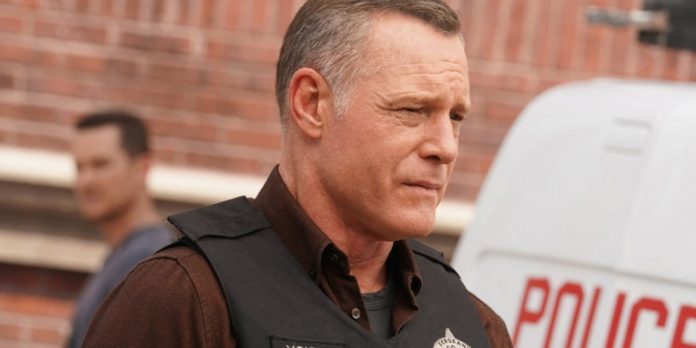 Chicago PD: Shown last Wednesday (13), the episode “In the dark” (In the dark, in free translation) brought Hailey Upton (Tracy Spiridakos) at the height of her emotional limit no longer able to hide the guilt of the death of Roy Walton ( Michael Maize) after a painful case.

So, check out everything that happened in Chicago PD’s 9×4 episode in our recap!

The fourth episode of the 9th season of this crime series begins with Upton and Ruzek (Patrick John Flueger) investigating a case of a child who was tortured and held in private prison in a basement.

Intelligence starts looking for the child and when they find him, there is an even worse revelation: the boy was only one of 8 who were in the same situation and who were murdered.

Upton was forced to spend the night studying the case, and this brought the officer to a peak of anxiety. After discovering that the housekeeper she interrogated committed suicide, the character suffers a panic attack blaming herself for not having properly searched the man.

Meanwhile, Jay Halstead (Jesse Lee Soffer) is the one who helps Upton pull himself together and continue his search for the culprit.

The department’s team took as the main suspect the brother of the housekeeper and managed to find the boy still alive, but Upton ended up having to kill the culprit in the middle of a fight.

More than ever, Upton’s guilt was at the surface and she couldn’t bear to hide the secret from Halstead, who already suspected that the policewoman was hiding something from him.

The episode becomes even more tense when Halstead, unsure of what had really happened to Roy, begins tracking down the coordinates of where Voight (Jason Beghe) buried the body.

The moment of revelation comes when Voight stops Halstead and starts telling him that Upton would have saved his life the moment Roy took his gun and that he never wanted the policewoman in that situation.

Halstead didn’t take the story very well and stormed out, leaving Voight reflecting on what really happened and how he and Upton ended up in that situation.

The episode ends with Upton waking up the other day and Halstead staring at her from the bedroom door. Now she knows he has discovered her secret and needs to face his partner.

But will that happen? That’s what we’ll see next week with a new episode of Chicago PD!