Home Entertainment Chicago PD 9×3: Halstead Meets Someone From His Past 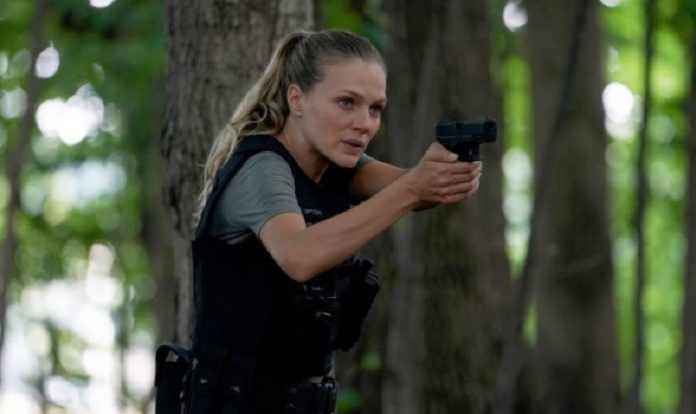 Chicago PD: A new episode of Chicago PD aired last Wednesday night (6). In it, Hailey Upton (Tracy Spiridakos) and Jay Halstead (Jesse Lee Soffer) tried to focus on their work so as not to reflect on the huge step they were taking together. Obviously, this issue will still be worked on during the 9th season of the detective series.

The one titled “The One Next to Me” opened with Ruzek (Patrick John Flueger) telling Halstead that all the agents already knew of Upton’s relationship with him.

Burgess (Marina Squerciati) infiltrates the conversation, alongside Atwater (LaRoyce Hawkins), asking what was going on. Ruzek comments on what he has just said to Halstead, making him a little embarrassed.

While this was happening, Upton was in Voight’s (Jason Beghe) office. The detective received information that Roy Walton (Michael Maize) had been seen in Dallas. More than ever, everyone would need to be on their guard if they wanted to protect themselves and at the same time capture him. Upon receiving some calls, the team splits up to respond to emergencies.

Everything indicates that some violent assaults are taking place, with Ruzek taking the lead in the case. Even without much evidence, the team advances with the discoveries, especially with the help of Burgess and his suspicions. Halstead is intrigued by the bombs found by the forensics and claims to know how everything is being built.

The agents are shocked by Halstead’s remarks, who says he knows one of the Afghan suspects. Voight captures all the information and Halstead claims that Elliott Knox (Jon Beavers) could be quite dangerous, given everything he knew about him. Thinking of a plan to finally catch him, the character puts himself at risk.

The reunion of the old friends takes place in an impressive way, with Knox introducing Halstead to all of his companions. When he goes to the bathroom inside the house, he finds a basement full of explosives. Before he can do anything, Knox confronts him and the two star in a breathtaking sequence.

The team manages to catch the criminal, who at the police station seems to challenge all the police. Voight asks Knox to tell his version of the facts without a lie. The character then confesses that he actually manufactures explosives, but that he doesn’t know who the people who buy them are. During further interrogation, Upton comes up with the name Matthew Davis (Rudy Galvan).