Home Entertainment Chicago Med: Actor confirmed what was suspected of his character in the...

Chicago Med is one of the dramas that make up the One Chicago trilogy, the successful franchise created by Dick Wolf that includes Chicago Fire and Chicago P.D. Currently, the series that follows the lives of the doctors at Gaffney Chicago Medical Center is wrapping up season 7, while the final episode is scheduled to air on Wednesday, May 25 with an episode titled ‘And now we come to the end’.

The medical drama of the NBC broadcast network is one of the most watched on television not only in the United States, but also in different parts of the world. Its fascinating stories and the interpretive quality of each of its characters are key elements in the success that the program has had throughout the seven seasons it has under its belt.

The Chicago Med series has been renewed for its eighth installment, which will launch next fall, as part of NBC’s 2022-2023 season lineup. And although there are only two pending episodes to complete this part of the show’s history, neither the network nor the production of the drama have spoken about the characters that could be back when the next episodes premiere.

There’s bound to be news of the cast of characters when the final episode of Chicago Med season 8 drops in less than two weeks. But one of the actors of the series, in a recent comment on his official account on the social network twitter, practically hinted that he will be present in the next stories that involve the doctors and nurses who make life at the Gaffney Medical Center Chicago.

Chicago Med actor Guy Lockard joined the NBC series with the arrival of season 7 playing ex-cop turned Dr. Dylan Scott. The Chicago Med star, who has had quite a few storylines in 20 episodes so far, tweeted two days ago that she had just seen her Chicago Fire co-star Randy Flager, who plays Harold Capp, but forgot to leave evidence of their meeting.

Just ran into the legendary @randyflagler at COVID testing (all three shows go through COVID testing before we can go on set). And I’m mad, I forgot to take a picture with my friend and I probably won’t see him again until next season.”

It seems that both Randy Flager and Guy Lockard hope to return their characters to the One Chicago franchise once the shows return for their next seasons. In one of the most recent episodes of Chicago Med, Guy Lockard’s character, Dr. Scott, ended his relationship with Milena, an undercover police officer, something that worried him when other police officers noticed his girlfriend leaving the his apartment. 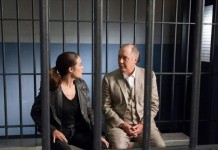 The Blacklist Season 9: Raymond Reddington suspects who may have killed Liz