Home Entertainment Chicago Fire: Why this character’s departure is the best the drama has...

Chicago Fire is the most successful firefighting drama on television, currently airing its 10th season which premiered in late September on NBC, with an episode that kept viewers on the edge of their seats since end of previous installment. A group of firefighters from Battalion 51 nearly died during a rescue operation.

Contrary to other Chicago Fire season premieres, which have started with heartbreaking events where a beloved character dies, as happened when they ended the lives of Leslie Shay (Lauren German) and Otis (Yuri Sardarov), in this installment all they survived. This is one of the ways that showrunner Derek Hass uses to get the characters out of the plot, when he really wants to impact the audience.

With season 10, the drama Chicago Fire dropped another character. One of the most beloved since the series began on NBC, he had to say goodbye to his co-workers and his other half on the sentimental level, when episode 5 aired, which coincided with the milestone number 500 of everything. the program.

Jesse Spencer said goodbye to the series he starred in as Truck 84 captain Matthew Casey. The character who finally made his love affair with the paramedic Sylvie Brett, went to live in Oregon for a period of three years while taking care of the children of his best friend who fell in the line of duty during the first episode of the series.

While the exits of the characters of other actors were written with death in the Chicago Fire past, fortunately this was not what happened with Jesse Spencer and his character, who obtained a satisfactory story closure, despite saying goodbye to Matt Casey was somewhat complicated, since for so long he was the heart of the NBC series, and no one could imagine what the show would be like without him.

Without a doubt, the series built a moving story in order to prepare the audience for his departure, and it was something that stayed true to this selfless man who would make sacrifices and anything for his family. It was for this reason that he never hesitated to move to another city other than where his work and his fiancée were.

In Chicago Fire, it was always a trademark of Casey to come across as a father figure when he encounters children in need. Indeed, this is what happened when the writers wrote their proper ending, giving the character a pleasant send-off that did not end in tragedy like that of others who are often victims of the dangers of being a firefighter. 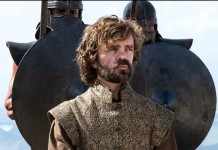 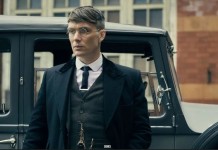 Peaky Blinders: The possible premiere date of the sixth and final season is filtered 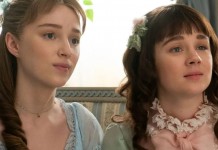 Bridgerton Season 2: This is the star in the drama who is possibly pregnant