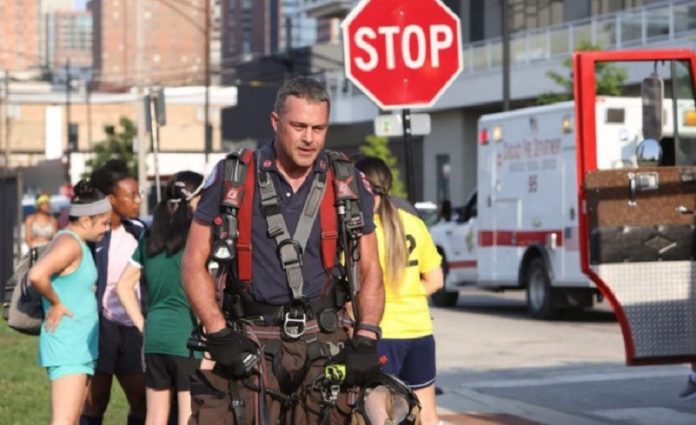 Chicago Fire: Last Wednesday (6), Chicago Fire fans followed a very challenging case for all firefighters, and finally understood the intentions of the young man who approached Casey (Jesse Spencer) at the end of the episode aired this week. last.

That way, don’t miss any details about what happened in the titled “Counting Your Breaths” by reading our full recap!

The episode in question begins with Casey, Severide (Taylor Kinney) and Stella (Miranda Rae Mayo) preparing a snack in the squad’s common room. Meanwhile, Griffin Darden (Cameron Scott Roberts) sleeps on the couch and everyone tries to be quiet so as not to wake him up. After the encounter he and Casey had at the end of the previous episode, the young man asked the firefighter for help with some things.

Boden (Eamonn Walker) delegates some tasks to the team. In this context, Herrmann (David Eigenberg) and Stella participate in a competition in which Mouch (Christian Stolte) announces the winner, with the support of Severide, Casey and Gallo (Alberto Rosende). However, the team receives a very disturbing call, considering that there is a girl trapped inside a manhole.

When they arrive at the scene, Cruz (Joe Minoso) tries to help her, but ends up having a panic attack when he is tipped upside down. Thus, Severide infiltrates the manhole, with all possible equipment to grab the frightened young woman’s hand. Although the mission is successful and Cruz apologizes for not being able to save her, Severide does not listen.

At squadron headquarters, Griffin talks to Herrmann and Mouch about his father. The character then turns to Casey, who is resting. The boy then asks the firefighter all the details of his father’s death, even though it is difficult. Casey takes Griffin for a walk and the two arrive at the house where the fire that took Andy Darden’s life took place.