Home Celebrity Cheryl Burke reveals she was in couple therapy with Matthew Lawrence before... 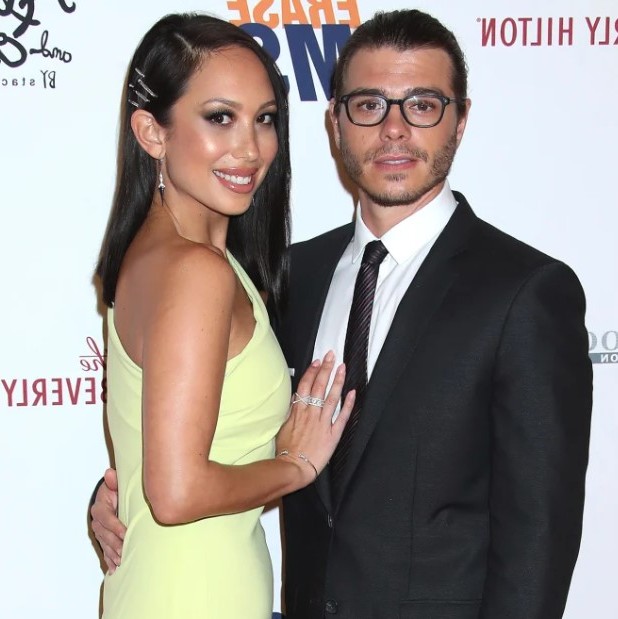 Thinking about the past. Cheryl Burke spoke candidly about her marriage to Matthew Lawrence and the importance of family therapy regardless of the outcome of the marriage.

“I think it’s very important because sometimes emotions and feelings can get in the way and can be misinterpreted, and that’s why I’m a big supporter of it,” Burke, 38, said during an episode of the Tamron Hall show on Wednesday, May. 4. “We definitely tried, people develop and people grow, sometimes they grow together, and sometimes, you know, you unfortunately diverge.”

The “Dancing with the Stars” pro noted that the former couple are not in a bad relationship after the breakup, saying: “I mean, he will definitely always hold a special place in my heart. I love him and his family so much forever.”

Burke and Matthew, 42, first started dating in 2007 after his older brother Joey Lawrence appeared as a contestant on the third season of DWTS. A year later, the duo announced their separation before resuming their romance in 2017.

In the same month, the professional dancer took to social media to discuss her decision. “I know I’ve always said I’m an open book with you guys, I really strive to be like that, and as I was writing this, I realized there really isn’t an easy way to announce that my marriage is coming to an end,” she wrote. via Instagram at the time. “I hope you understand that I will not comment further at this time and ask for understanding and confidentiality. Thank you all for all the kind words and support you have given me.”

At the time, a source exclusively told us that the breakup was “not because of the kids.” Matthew, who has not publicly commented on major life changes, continues to follow his ex-wife on Instagram, while Burke has unsubscribed from him.

During her interview on Wednesday, the host of the podcast “Pretty Messed Up” gave some advice to people who want to break off a relationship. “It’s lonely, and if someone else like me just, you know, tends to just crawl into their shell like me, at least you know you’re just not alone and go through this process because it’s painful,” she added. “It’s like death. This is death, right? And there is no way, and there is no specific way, how to grieve.”

Burke also admitted that she is not going to meet someone new yet. “I have social phobia, and I prefer to be at home. In fact, I don’t like to go out, especially with my sobriety,” the model explained, adding that first of all she tries to “just love” herself. “I’m just learning about all this, about interaction and, for example, about a new way of dating, you need to swipe your finger to the left. I’m just like, “I really can’t wrap it all in my head.”