Home Celebrity WHO IS CHEN’S BRIDE? SHE COULD BE HER PROMISED 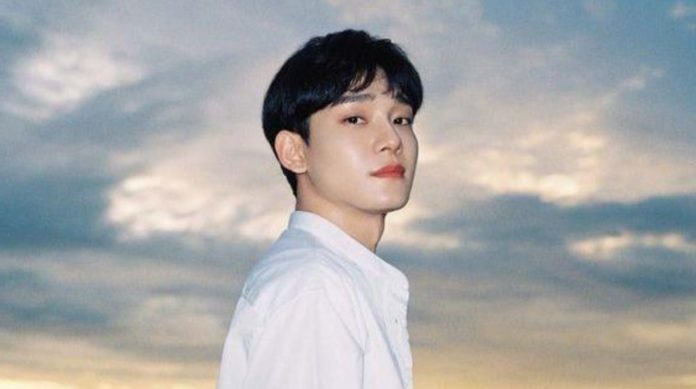 Since the wedding was announced and Chen’s son’s next birth, many fans are speculating who could be the ‘not famous idol bride’.

Chen is not an idol who has had dating rumors, but during 2016, a girl came out in some leaked photos with the singer, fans speculated that Jongdae had a romantic relationship with her and that they were keeping their affair secret.

Many fans were angry with the girl, because in her Instagram account she uploaded photos and videos that showed evidence that Chen was with her, in a post supposedly made by one of Chen’s girlfriend’s friends motivated because she was tired of hearing her presume that she had an affair with an idol.

Some EXO-L at that time began to investigate the name of the girl, because some tickets of a flight that Chen acquired to fly and spend 10 days in Los Angeles were leaked, in those papers came in the name of the woman with whom I had a relationship.

Fans found some information such as his official Instagram account, where they took a lot of evidence that Chen’s supposed girlfriend was alone with him for the place and fame that the singer had, not because he wanted it sincerely, some photos are of the girl in several and different concerts, sitting in exclusive seats for guests of the members of the EXO group.

The following year Chen was caught in a jewelry store checking the prices and models of the rings, which ignited alarms within social networks and fans, who suspected that Jongdae was still with that girl and was thinking about formalizing with she.

Now among these rumors of long ago, the photos and identity of Chen’s alleged girlfriend discovered, some fans are afraid that Jongdae’s girlfriend is the same girl who posted photos of their relationship on Instagram. Some fans are concerned that Chen’s supposed girlfriend who occupied the tabloids of Korean media years ago is the same with which he will formalize.

And as noted, the identity of the current mother of Chen’s son will not be released, but EXO-L from around the world are divided into opinions. What fans want most is that Jongdae stays in the group and they have all their support, although there are also some people who ask that the vocalist leave the group.

Dua Lipa Took Her Social Networks To A New Limit