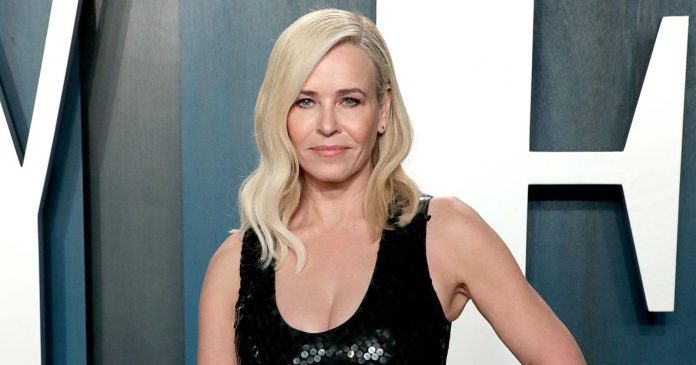 Chelsea Handler has filed a lawsuit against the underwear company ThirdLove, citing breach of contract.

Chelsea Handler and Joe Coy: A timeline of comedians’ relationships

In court documents obtained by Us Weekly, the 47-year-old comedian claimed that the brand did not pay her for a “social media influence marketing campaign.” The lawsuit alleges that ThirdLove contacted Handler in 2021 and asked her to promote their line because of her “unique, active, positive image and brand.”

According to the complaint, Handler and ThirdLove agreed and agreed terms on December 21, 2021, deciding that the author of My Horizontal Life would “exclusively” promote the label in exchange for compensation of $1,060,000 plus expenses. According to the agreement, Handler allegedly performed a “specialized exercise regime”, participated in a number of calls and attended several meetings and fitting sessions to prepare for filming, which was to take place at the end of January.

The most scandalous legal problems of real housewives in recent years

However, Handler claimed that on January 26 — the night before the big shoot — ThirdLove completely terminated the agreement. The lawsuit notes that the Fun Size star flew to Los Angeles from Canada to participate in the project “for her own money.”

“Handler believes and is informed that, despite the statements made to her, the ThirdLove creative team responsible for her campaign has not received approval from its Board of Directors, and when the Board learned about the campaign at the eleventh hour, it instructed ThirdLove employees. terminate the agreement of the parties,” the complaint says.

According to the lawsuit, after the alleged cancellation, Handler tried to contact ThirdLove, but was allegedly ignored. The former late-night host said she was left with “no choice but to take immediate action.” She is seeking damages in the amount of more than $ 1.5 million.

Kristen Wiig, Catherine O’Hara and other funniest women in Hollywood

“In this lawsuit, Handler demands not only full payment under the Agreement, but also the reimbursement of significant funds that she spent out of her own pocket, relying on the promises of ThirdLove,” the lawsuit says. Handler also claimed that she even turned down other brand deals from Alo and Athleta to focus on ThirdLove.

ThirdLove is an American underwear company founded in 2013 by Heidi Zack and her husband David Spector.

Us Weekly has reached out to Handler and ThirdLove for comment.

Carson Daly Talks about Dealing with Anxiety during Voice Transmission