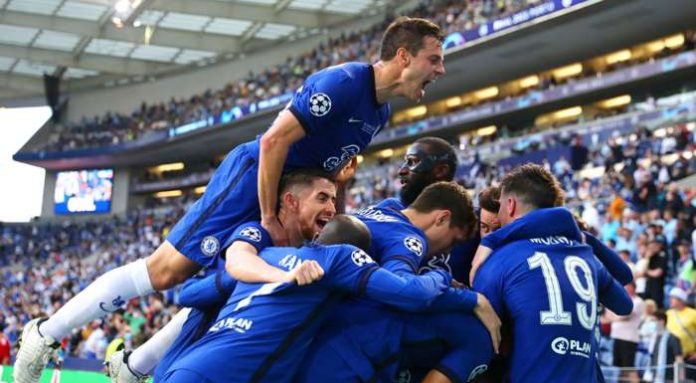 Pep Guardiola’s first 11 choices in Manchester City, which played their first final against Chelsea, which played in the third Giants League final in the club’s history, were highly controversial both before and after the match.

Havertz scored his first goal in the final

Manchester City, which had great difficulty in overcoming Chelsea five-point defense line, especially in the first half, gave important goal positions in the castle, while Timo Werner, who met the ball in the opponent’s penalty area seven times in the first 45 minutes, could not make good enough last hits, which prevented Thomas Tuchel’s team from finding the goal early. passed.

Chelsea, who attacked with the long pass sent by goalkeeper Edouard Mendy to the left wing in 42, finished the first half 1-0 ahead with Kai Havertz’s first Champions League goal in his career, who was very well moved to the deep ball that Mason Mount threw behind the defense.

Manchester City, who took the risks for a goal in the second half and took the injury of Kevin De Bruyne and Bernardo Silva, and instead of Raheem Sterling, who could not take advantage of an important goal opportunity at 0-0, took Gabriel Jesus, Fernandinho and Sergio Agüero, who wore the jersey of Manchester City for the last time, onto the field. He failed to find the draw goal he needed and the 90 minutes ended with a 1-0 score, enough to make Chelsea the biggest in Europe.

After this score, Thomas Tuchel won the trophy for the first time in his career, which he lost to Bayern Munich in the final while he was the head of PSG last season, while Chelsea became the owner of the Champions League for the second time.

Manchester City manager Pep Guardiola has left the Champions League final, which he won twice, upset for the first time.

Coinbase: 6,000 Customers Were Hacked And Had Coins Stolen