Heads up! This text contains spoilers for Justice League

Snyder Cut is finally among us! And during the four hours of film, many easter eggs from DC comics and the Cinematographic Universe were included. Check now the main references made in the Justice League of Zack Snyder.

One of the main differences of the film is the consolidation of Darkseid as the main villain. In the 2017 version, the Steppe Wolf was the only antagonist in the film. In Snyder’s view, Darkseid is the real head behind it all, even being the one who tried to conquer the Earth for millennia.

One of the Snyder Cut’s most anticipated appearances, The Joker (by Jared Leto), brought some answers and mentions to Batman v. Super man.

In the film with the two greatest DC heroes, we see that Batman has a Joker card on his weapon in the timeline of the future. Now, we know that this is a symbol of a truce between the batman and the villain.

Jared Leto’s character is also responsible for explaining that Batman’s “nightmare” was a vision for a Justice League sequel. Apparently, in the not too distant future, Darkseid’s army would be responsible for Lois Lane’s death. The loss of her love would turn Superman into a maniac, a story very similar to that presented in the game Injustice.

Remember General Swanwick? The character appeared in The Man of Steel and Batman vs. Superman and, in Justice League, we discover that he is, in fact, the alien shapeshifter from Mars. 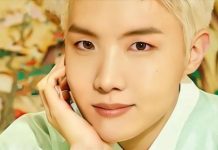 BTS: Does J-Hope Have a Secret Brother? ARMY Discovers It 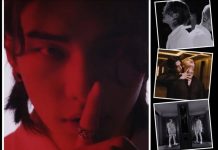 Stray Kids’ Hyunjin Reveals All The Secrets of Red Lights 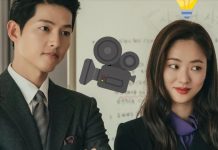 Song Joong Ki and Jeon Yeo Been: Their Truest Scene in Vincenzo