Home Entertainment Check out the $5,000 Star Wars Cocktail at Disney’s Wish, Which Disney... 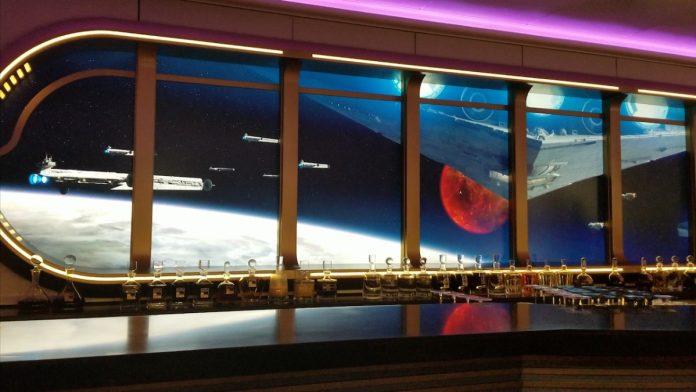 A galaxy far, far away is becoming an expensive place to live. A lot has been said about the cost of the Galactic Starcruiser at Walt Disney World, and now we have another high-priced offer, as there is a $5,000 cocktail on board the new Disney Wish cruise ship.

The Star Wars: Hyperspace Lounge menu has become available, and it’s clearly not a standard Star Wars dining room, as it lists a drink called Kaiburr Crystal for $5,000. To be honest, you get more for your money than just a drink, as it is served in a special kamtono, a Star Wars themed storage device. I managed to visit the salon, as I am now on board Wish, and I saw the cocktail in action. It’s quite a show, as you can see from the video above.

What’s strange is that Disney really doesn’t want to talk so much about the Kaiburr crystal, named after the crystal found inside the lightsabers. I had the opportunity to interview Lawrence Keefe, head of drinks at Disney Wish, in the Hyperspace lounge, and when I asked about the $5,000 drink, all I got was confirmation that it exists and a quick jump to talking about other things. He just said…

There is an exclusive drink on the menu. However, we would like to talk about some of our other proposals.

It’s strange not to want to talk, because Disney has attached great importance to this drink. Kamtono was first shown in a crowd video at the Star Wars Celebration in Anaheim, and I was shown him in action in the video above. But so many details are missing. We don’t even know what kind of drink it is.

Standard drinks are creative and have a truly Star Wars feel, so there’s no reason to feel like you’re missing out on a real Star Wars experience if you only buy regular drinks. I tried a couple of them myself and I was certainly happy with them.

At the moment, no one should be shocked that Disney offers incredibly expensive options. Disney is going to serve any audience, including the rich. There will definitely be guests who can afford a drink and will buy it, just to be able to say that they bought it.

Having said that, it’s not even entirely clear what you get for your money. I’m getting conflicting information about whether you can keep the kamtono at all, which will at least be a cool souvenir of the expensive Hyperspace Lounge experience you had if you spent the money. At the same time, theoretically, you could serve all the drinks in kamtono if no one takes them home.

And I think it should be noted that Kaiberr Crystal is not just a drink. The container opens in three slots with cups, so technically it serves three people. I guess that means the cocktail only costs $1,666 per person, right?

Star Wars: Hyperspace Lounge is a pretty incredible place, and it’s worth a visit if you participate in Disney Wish and are a Star Wars fan, even if you can only afford regular drinks without taking out a loan. Disney Wish goes to sea in July.