AnTuTu, a Chinese benchmark platform, released the ranking with the best Android phones for the month of August. Reflecting the Chinese market, the list is based on the average score recorded in the app from August 1st to August 31st, 2021.

As in previous months, Qualcomm processors dominated the list of best premium and mid-range devices. The biggest news was the first appearances of the company’s new flagship, the Snapdragon 888+. 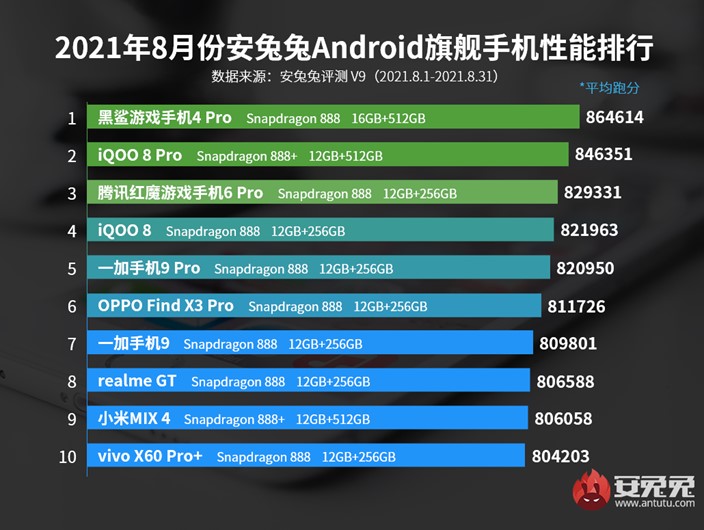 Although it didn’t occupy the top of the rankings, the Snapdragon 888+ made a relatively good debut on AnTuTu. The processor appears in 2nd position when equipping the vivo iQOO 8 Pro and in 9th place with the Xiaomi Mix 4.

The gamer smartphones Xiaomi Black Shark 4 Pro and Nubia Red Magic 6 Pro won with 1st and 3rd place on the podium, respectively. Both models are powered by the “old” Snapdragon 888.

In 4th position was the iQOO 8, followed by the OnePlus 9 Pro. In addition to the Qualcomm chip, all tested models follow the specification standard with 12 GB of RAM and 256 GB of internal storage.

Netflix : A New Function May Come To Terminate Your Faster...